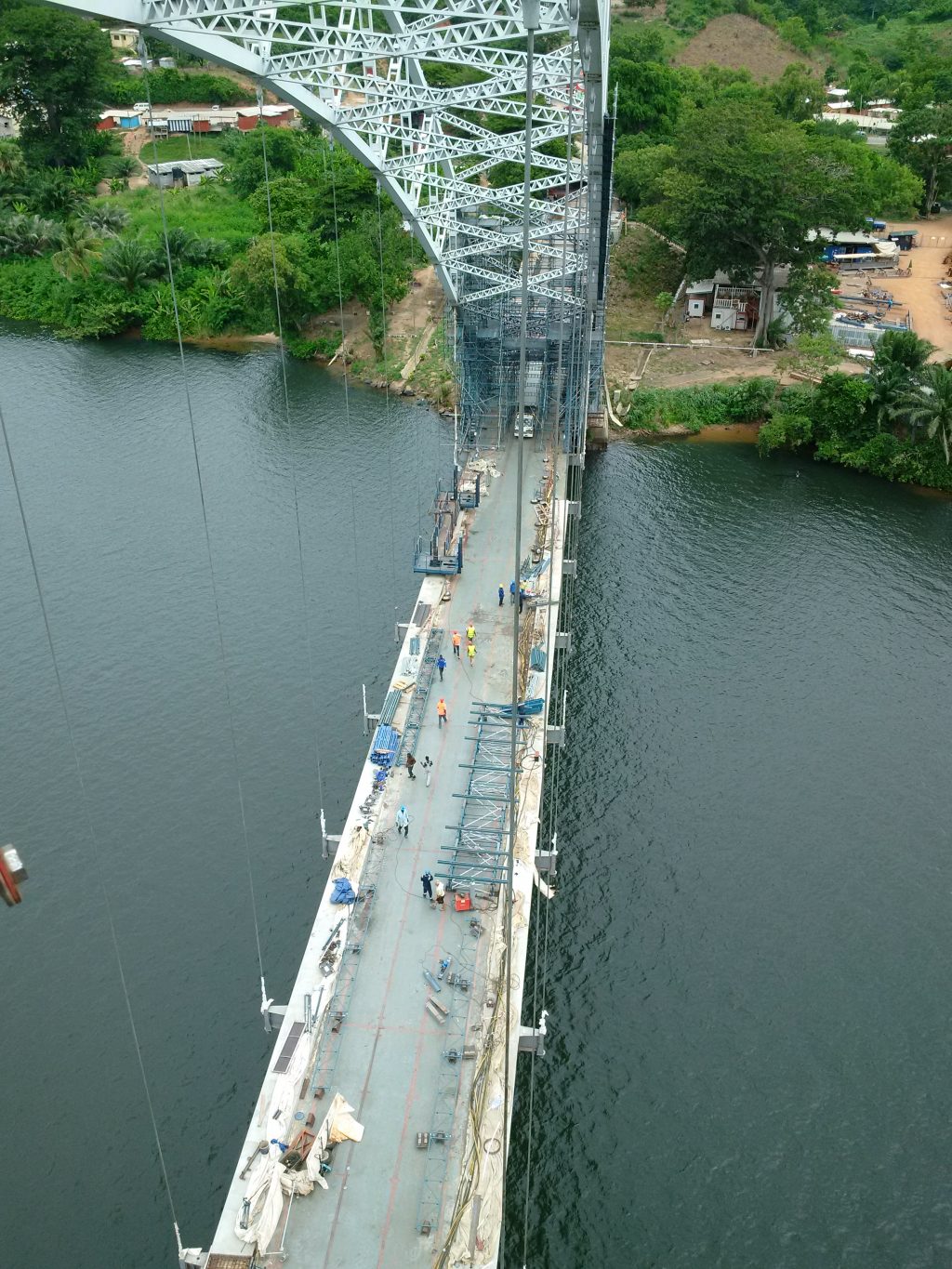 Among the instruments of export promotion of the Austrian Ministry of Finance BMF, they seem auspiciously, the so-called soft loans. Why is? Soft loans are a special type of tied financial loan for emerging and developing countries with dual purposes: they are intended to support the domestic export industry in international competition and at the same time promote sustainable development in the recipient countries. Or as Helmut Bernkopf, CEO of the Oesterreichische Kontrollbank OeKB (see interview), explains: "With soft loans, aid is combined with export motivation." OeKB acts as a contact point for domestic companies that want to use this financial tool.

For soft loans in the top field

30. August 2018
OeKB Board Member Helmut Bernkopf on the business with tied financial loans in Austria.

The benefits of the soft loan, which fully covers project costs, are in the beneficiary's grace periods, long maturities, and low interest rates, with the difference to commercial interest rates currently low. The exporter profits from the secure business, because the credit, which is handled by the house bank, is guaranteed by the state. The payment by the client takes place after the usual deposit with project progress.

Soft loans have been regulated by the OECD's Organization for Economic Co-operation and Development (OECD) agreement on publicly supported export credits since the late 1970s. The purpose of the agreement is to ensure that competition is not over state subsidies, but over price and quality.

According to OECD guidelines, soft loans are reserved for borrowers in countries with an annual per capita income of currently less than $ 3.895. They must also contain a donation element of at least 35 percent, in the case of very poor countries, the so-called Least Developed Countries LDC, even of at least 50 percent. The grant is calculated from the favorable conditions for loan repayment plus additional financing costs and can be declared as official development aid (ODA).

In addition, soft loans may only be made available for projects that are not eligible for commercial financing under market or contract terms. They can be private or public. From Austria practically only projects of the public hand are served.

The donor states benefit in return from the export. Austria secures its share by binding soft loans to a fixed quota of goods and services that must come from the domestic economy. The fact that this quota is in a continuous decline - it has now reached 50 percent - is explained by the fact that companies often can not afford to purchase project components on a larger scale from abroad, or projects sometimes have a high proportion of construction, the local companies take over - all circumstances that make it difficult to reach a higher value added quota.

The quota may also be disadvantageous for the customers, as they may be forced by the requirement to import more or less or dimension them differently than necessary.

For years, the OECD has favored untied credit in order to allow the most efficient use of resources by developing countries. In fact, several countries have developed their instruments in the meantime. Spain, for example, which is one of the largest soft loan donors after Japan and ahead of France, has now also set up its own fund for untied aid loans. And Germany grants only untied loans, namely as part of its financial development cooperation - which does not exist in Austria - and generally on the basis of international conventions. This allows borrowers to best meet their needs in the global market - albeit at the expense of the donation element of traditional soft loans.

In contrast, development-relevant exports in Germany, and more recently also in the Netherlands, are only supported on market terms, be it with development loans (Germany) or guarantees and covered loans from the Dutch Good Growth Fund (Netherlands). The projects must be economically viable.

Werner Raza from the Austrian Research Foundation for International Development ÖFSE, who presented 2014 with a comparative study on soft loans as a development tool, explains the trend towards untied loans with a low donation element, above all from the desire to continue serving the developing countries in the soft loan regime. However, exports to the economically less attractive LDCs continue to require public support, the development economist points out. In Austria, where soft loans are not run under the auspices of development cooperation unlike in most other countries, Raza considers a stronger focus on LDCs desirable but unlikely.

Current practice in Austria is that soft loan loans for LDCs (marked below with *) are kept short just because of the higher risk category and the higher grant entitlement. However, it generally works with small tickets - 10 million euro soft loans are considered large. Silvia Maca, responsible for export finance and international export promotion policy in the BMF, explains the sizing out of the effort "to divide a limited budget between different exporters from different sectors in different countries". From an entrepreneurial point of view, the limited available volume of soft loans in international competition is sometimes a disadvantage, according to Peter Hallbauer, managing director of the Vamed hospital administrator.

In order to guarantee the developmental added value of the soft loan projects demanded by the OECD, the BMF established its own criteria. Among other things, the projects are intended to "promote conditions conducive to growth and employment and be relevant for development policy and sustainable". Soft loans for export companies are also intended to open doors to new markets. The establishment of a soft loan-financed business in one and the same country will be blocked. In contrast, Hallbauer emphasizes that soft loan projects can never be more than add-ons, simply because of their small volume for companies. The Vamed boss emphasizes positively that "Project applications in Austria are processed and decided comparatively quickly".

The projects themselves come about in different ways. Hallbauer reports on a hospital project in Nicaragua (see below), which went back to an offer of Vamed. However, implementation was delayed by months because Nicaragua insisted on concluding its own intergovernmental agreement.

For the workshop and education expert VACE Education Projects, an economic mission of the Economic Chamber with Energy Focus was crucial for entry into Georgia. This was followed by the order for a hydraulic engineering laboratory (see below). The project is particularly attractive because of its academic character, says the head of education and training Horst Bernard, who has been building with soft loan financing worldwide mainly apprentice workshops for twenty years. In his experience, governments often have little experience with bonded export credits. To make matters worse for his business that "investment in training usually not the first priority."

And for the order to rehabilitate the Adomi Bridge (see below), the Ghanaian Road Administration itself registered directly with the steel construction company MCE. This carried out preliminary surveys as part of a soft loan preparation program, which the BMF offers through OeKB and subsidizes with up to 80 percent. "Soft loan projects have to be created as turnkey projects and capped in terms of volume. Therefore, it is essential to identify the need in advance and to adjust the costs accordingly, because subsequent corrections are excluded, "explains Markus Widmann, Commercial Director of Bridge Construction at MCE. He is pleased that the Ghanaian locksmiths and welders who were certified in the course of the project continue to work today in the steel construction sector or on an independent basis - which is undoubtedly a developmental success.

An Important 12 Million Euro Soft Loan Project of MCE in Linz, the refurbishment of the Adomi bridge, landmark and central traffic over the Volta, was commissioned by the Ghana Highway Authority. From 2014 to 2016, MCE renewed the track panel and replaced the trailer ropes. Challenging was the combination of local and European resources and equipment.

The Viennese built an 5,5 million euro soft loan Vamed on behalf of the Ministry of Health Nicaragua 2016 / 2017 the emergency room of a mother and child hospital in Managua and modernized the X-ray station - including equipment, installation, training, maintenance and warranty. The technology had to be adapted to local conditions.

VACE Education Projects Linz is currently implementing an 7 million euro soft loan project in Georgia. The Technical University in Tbilisi will receive a modern hydraulic engineering laboratory, which is of interest for the optimization of hydropower use in the country. Graz University of Technology is involved in planning and execution. Challenges include permits and construction on site.