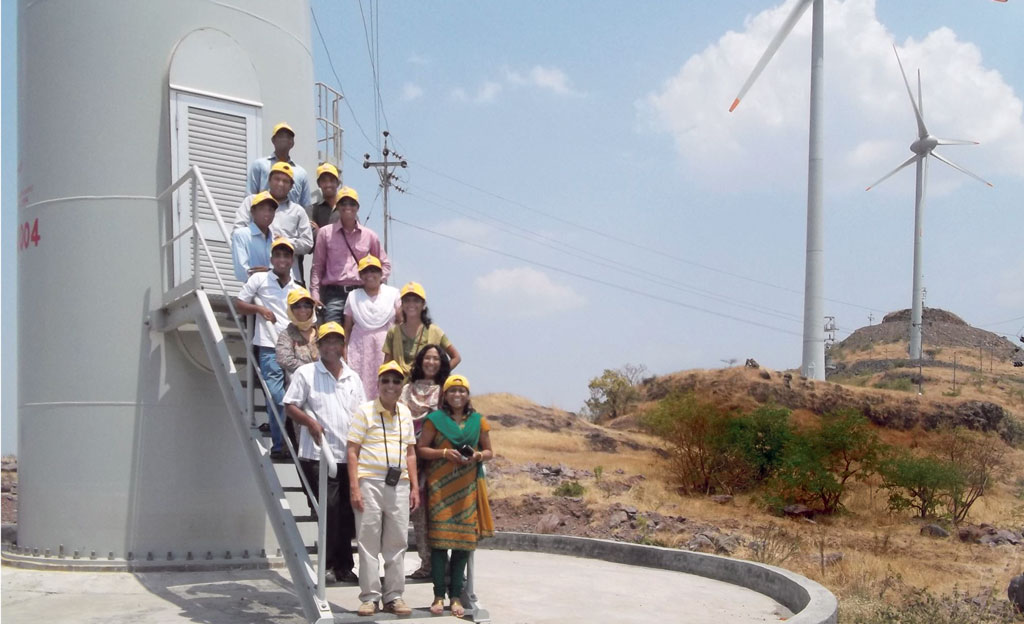 An the Dak Pone River, which flows through the central highlands of Vietnam near the border with Laos and Cambodia, a hydropower plant has been generating electricity for the public grid since 2010. A Chinese company built the 14 megawatt storage power plant within three years; the annual production is 68 gigawatt hours. The special thing about Dak Pone is that it is a private investment, while comparable projects in Vietnam are state-owned. Above all, however, it is a climate protection project because as a hydropower plant it does not generate any greenhouse gases and at the same time helps Vietnam to overcome electricity bottlenecks. As such, the power plant can generate income not only from the sale of electricity, but also from so-called CO2-Gain mitigation units. Dak Pone drops 57.000 abatement units annually.

Through the purchase of such units, industrialized countries were able to substitute their domestic emissions reductions to a limited extent in the first commitment period of the Kyoto Protocol between 2008 and 2012 in order to achieve their national climate target. The Climate Change Conference in Kyoto 1997 had developed the Clean Development Mechanism (Clean Development Mechanism CDM) created.

CDM projects are diverse, ranging from improved cooking ovens to energy efficiency measures in the industry to the construction of wind farms or hydroelectric power plants. In any case, the projects will benefit two parties: the buyers, because they can cost-effectively secure their own climate goals through these emission allowances, and developing countries, because they can finance climate-friendly projects through the sale of these rights.

Dak Pone owes its existence to the CDM, the investors calculated with proceeds from the sale of CO2-Minderungseinheiten. Since 2011, the power plant has been registered as a CDM project, making it one of 8.100's previous projects in 111 countries, more than 2.000 billion CO2Have discarded reduction units.

In addition to the Clean Development Mechanism, a voluntary compensation market has emerged over the past 15 years. Individuals, businesses, and institutions worldwide can acquire mitigation units here to protect their own, often unavoidable CO2Footprint on a voluntary basis. The desire, CO2- to fly, deliver or operate in a neutral way, or simply to make a contribution to climate protection, can be fulfilled through international and national projects.

The 2008 of the Kommunalkredit Public Consulting KPC launched platform Climate Austria offers both. In the ten years of her existence, she transferred a total of 240.000 CO2- Mitigation units to their partners and customers. The credits came in almost equal parts from national and international projects. It is striking that the national portfolio comprises a total of 255 projects, the international only 32 projects - including Dak Pone.

Both A1 Telekom Austria and Austrian Post - with the initiative "CO2-neutral delivered“Pioneers in voluntary compensation in Austria - bought CO produced by Dak Pone in 2018 as part of their climate protection goals2-Minderungseinheiten. One explanation for the interest in the power plant is the fact that the project was certified by Gold Standard the year before.

Founded by the WWF and other international organizations 2003 Gold Standard offers the buyer a triple guarantee. He guarantees that a climate protection project without the expected proceeds from the sale of CO2Reduction units would not have come about. And he confirms that the project will lead to real, measurable and verifiable permanent emission reductions. In addition, Gold Standard projects must contribute to sustainable development. KPC expert Wolfgang Diernhofer emphasizes in view of the international compensation projects offered by Climate Austria: "We only offer CO2Mitigation units from projects whose quality we are convinced. As a rule, these are Gold Standard projects. "

In addition to Austrian Airlines, A1 and smaller domestic companies, the Vienna University of Economics and Business has recently become a Climate Austria partner. Austrian Post, on the other hand, purchases national reductions through Climate Austria, international purchases directly from suppliers outside Austria, such as South Pole. With 700 self-developed climate protection projects, the Swiss social enterprise is one of the world's largest players in the so-called carbon market. Incidentally, the Dak Pone power plant is also among the assets of South Pole.

The fact that the handling of Climate Austria was placed in the hands of KPC is explained by their relevant experience. On behalf of the Austrian Federal Government, the company already managed the purchase program for CO2-Emissions rights under the Kyoto Protocol. At that time Austria invested in 71 million CO2-Emissions rights and participated directly in 37 CDM projects.

The search for suitable investment objects took place via tenders and the exchange on carbon export fairs. Diernhofer reports: "We looked very closely at many of the projects we received: they were mostly immature, not very advanced, insecure. We were very interested when Austrian planners or suppliers were involved in a project. This was a quality indicator for us and offered the opportunity for an indirect economic effect. "In this way, for example, the fertilizer giant Abu Qir in Egypt became a source of climate certificates for Austria.

Due to a lack of ratification, the second Kyoto commitment period was not followed by a second one - this had been planned by the end of 2020. The result was a slump in the market for CDM projects as of 2015, after an oversupply of CO2Emission rights had led to a fall in prices. However, a foreseeable end to such projects was then sealed with the decision of the European Union - until then the largest financier of CDM projects - to include no external emissions reductions in its climate package. "So today there is no fresh impetus to initiate new CDM projects," says Diernhofer.

"It is a pity that this endangers the sustainability of many existing projects," the CCP expert regrets. He sees the danger that projects may be abandoned or that technical installations such as filters and catalytic converters will no longer be replaced at the end of their lifetime. "Then just as much will be emitted again as before." Only individual players such as the World Bank continue to buy climate certificates from CDM projects in order to maintain highly effective measures - for example to reduce methane emissions in wastewater treatment plants or nitrogen dioxide emissions in incinerators.

In Diernhofer's retrospective, the Clean Development Mechanism was a pioneer: it brought about many good projects, setting standards for climate protection measures, and transferring technical and regulatory know-how to developing countries. Nicolas Kreibich, expert on climate policy at the Wuppertal Institute, retrospectively rates the CDM as "a phase of trial and error, learning-by-doing, which, with great demand and numerous projects, has demonstrated the great potential of such a mechanism but at the same time revealed its weaknesses".

Much pros and cons

At the world climate summit in Paris in 2015 the cards were reshuffled and a new approach to reducing global greenhouse gas emissions was found. While the Kyoto Protocol only obliged industrialized countries to reduce emissions 18 years earlier, the Paris Agreement, which will come into force at the beginning of 2021, relies on the self-commitment of all states, including the developing countries. A successor to the CDM was planned in principle, but its design has not yet been clarified. The fact that the topic is complex was most recently demonstrated at the climate conference in Katowice at the end of 2018, where all areas of the Paris Agreement were regulated - with the exception of a market-based mechanism.

Kreibich now hopes that the climate summit in Santiago de Chile in December 2019 will agree robust rules for the CDM's successor mechanism. A demand for this could arise if individual states - including the EU - sharpen their current climate targets in order to move closer to the long-term goal of complete decarbonization by 2050. At the same time, this step could be made easier if the additional reduction commitments can at least partially be covered with reductions from abroad. The expert sees a practical difficulty in the fact that the emerging and developing countries want to use the "low hanging fruits", ie inexpensive climate protection projects that investors have been happy to implement under the CDM in the future, in order to meet their own climate goals.

In the design of a new mechanism, according to Kreibich, in particular two sticking points remain to be solved: the development of tools with which states can robustly calculate the reduction results and thus ensure the additional benefits of projects, as well as the avoidance of double counting, so that buyers and sellers do not apply the same emission reductions to their accounts.

There is no shortage of interested parties for a CDM successor. An important role is played by airlines and shipping companies facing the challenge of currently technically unavoidable CO2Emissions through market-based climate protection projects. Overall, the market for voluntary compensation is developing well, although it has been manageable so far: since 2015, reductions have been made for around one million tonnes of CO2 gained from CDM projects. For comparison: Austria alone emitted around 2018 million tons of CO in 802.

However, the Clean Development Mechanism is not the only system for the creation of emission allowances on the voluntary market. After his model many other providers have emerged. And Dak Pone investor South Pole is constantly developing new financing models for climate projects in developing countries. With and without CDM - for South Pole CEO Renat Heuberger, climate protection is "possibly the biggest business opportunity of the 21. Century ".