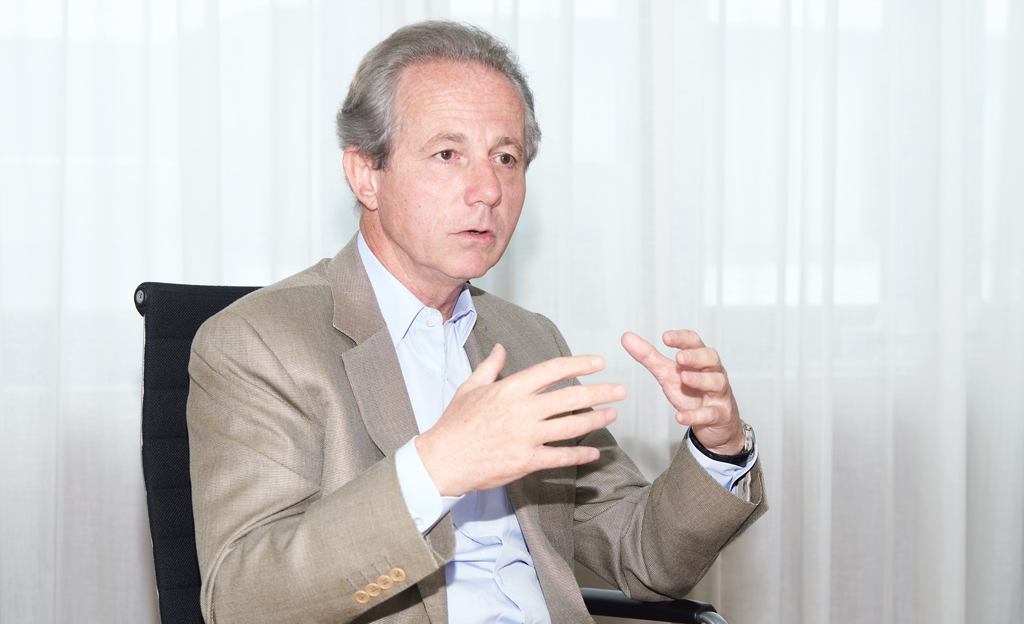 corporAID: Europe and Austria are stuck in the greatest economic crisis of the post-war period. How has your company been affected?

Kapsch: We cannot yet estimate the impact. The Kapsch Group is active in the capital goods industry and thus a follower of the economy. We don't yet know exactly how the markets will change because we don't know how mobility behavior will change in the medium term. For example, we are currently seeing a move away from public transportation, with people increasingly preferring private transport modes. That would of course be beneficial for us – but less so for the environment. If this trend takes root, it will require investments in intelligent traffic control and in a new interaction between the various modes of transport. We don't know today whether this will happen. I am also curious what effects the corona crisis will have on urbanization. Twenty years ago it was assumed that digitalization would lead to an upgrading of rural regions. The opposite has happened.

How are your markets changing due to the crisis?

Kapsch: We see countries or regions that are more affected, other regions that are less affected. South Africa, for example, is a market where everything has stood still from one day to the other. And of course that has a major impact on our traffic telematics facilities in South Africa. There are postponements of projects in Latin America, but we don't really notice it that much. We assume that we will achieve our growth targets in Latin America. The other regions are actually not really affected. Here and there a tender is postponed and the authorities are not quite as decisive as in normal times, everything takes a little longer, but basically I don't see that our business model is heavily influenced. There are countries that did really well economically by the beginning of the year. These include Chile, Colombia and Peru in particular when we talk about South America. Conversely, Argentina, for example, has remained well below its potential. In Asia we only operate selectively, but not in Japan and China.

What are the specific challenges here?

Kapsch: Trustworthy cooperation partners, without whom you cannot operate in many countries, are certainly an important point. Another factor is the stability of the political framework, because a change in government there can also lead to a change in economic procedures. When you do business with one government, you need to be sure that the next one will also abide by the contracts. And this stability does not exist in many emerging and developing countries. 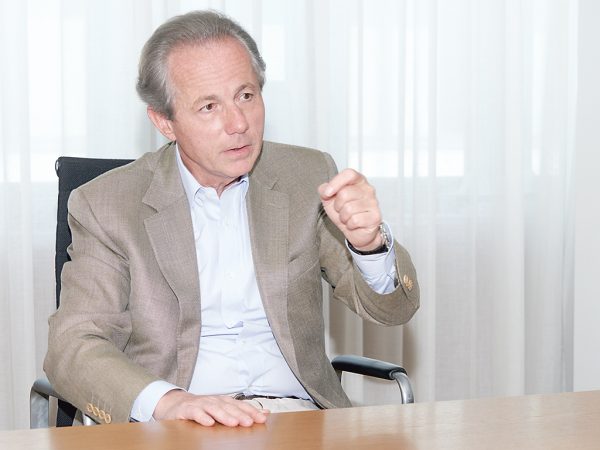 What you have to explain again and again is that the standard of living and added value are connected.

What experiences have you had in African markets?

Kapsch: To be honest: I see the development in Africa rather negatively. Africa has a huge problem of corruption and inefficient bureaucracy. I recently closed a deal in an African country and the customer simply didn't pay, period. We invested millions there and had to write everything off. That doesn't happen to you in South America: Customers there do pay. If we want to help Africa, then we have to create local value. Therefore development cooperation also needs to be put on a new footing. What you have to explain again and again is that the standard of living and added value are connected. I believe that people and companies can be more easily convinced to make a contribution in these countries if there is also an economic return. By that I mean not export, but the development of local capacities. Development cooperation goes far beyond the immediate economic factors: it is also about education. Education is the core of all economic and social development and also the basis for democracy. Without social and political peace and local value creation, we will also not be able to prevent migration flows - that will not work with walls and fences.

“Take a vacation in Austria, buy in Austria.” How do you feel about such calls for renationalization?

Kapsch: These renationalization tendencies will not bring anything positive for Austria as a business location, because international trade has always contributed to increasing prosperity. When we renationalize, we deprive ourselves of many opportunities. Without the European Union we would have had much less growth – every Austrian should be aware of that. However, Europe must define what role it would like to play on the international stage in the future. Because if we are not able to face up to emerging powers like China together, we will be the losers. At the same time, we should be aware that simply outsourcing capacities to low-wage countries is by no means globalization: Globalization's basic idea is worldwide networking and interdependence for the benefit of everyone, not the benefit of just a few. In my opinion, globalization will even intensify. But there will no longer be an outsourcing policy like before: it cannot be that we cannot manufacture antibiotics without India and China. That does not mean renationalization, but creating an awareness of what is important in a community of states in terms of research and development, production and value creation. 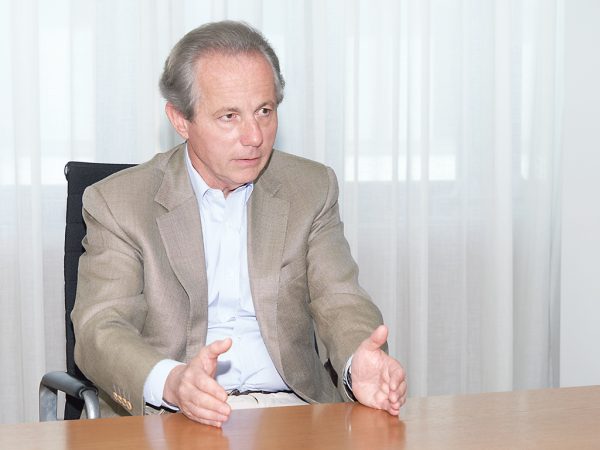 Simply outsourcing capacities to low-wage countries is by no means globalization.

Where do you see the strengths and weaknesses of Austria as a business location?

Kapsch: First and foremost, Austria offers social peace, social cohesion and stability. In addition, there is a relatively good, albeit expandable, research and development as well as the commitment and the still relatively good level of training. The flexibility in the professional area is also comparatively high. I see the weaknesses primarily in the excessive administration and an inefficient educational and social system. One topic that is difficult to deal with in Austria is self-responsibility. For decades, politics has told people that there is a lot that they don't have to worry about because the state will help them. That's fine as long as it doesn't mislead people to believe that the state is something abstract and not themselves.

How do you see the connection between economic growth and sustainability?

Kapsch: I am convinced that there is no contradiction. Sustainability cannot be achieved by relinquishment, but only through technological progress. If we want to achieve our climate goals, then this can only be done through technology - and not by making city centers car-free and building cycling lanes. And when I talk about technology, it's about energy: in production, in the use of products and in distribution. From this perspective, Kapsch is a green company, because our products primarily serve to reduce emissions. Admittedly, it was a coincidence, because our starting point was not that traffic control contributes to climate protection, but that it is a good business model. But you also need luck here and there.

The success of climate protection will not be determined in Austria. What role can Austria play here nevertheless?

Kapsch: In truth, Austria is irrelevant here. Even so, we have to meet our goals in order to be a role model. But this exemplary effect will not be enough: We will reduce our competitiveness and the others will not make their contribution. That is neither good for climate protection nor for employment in Europe. So we need other instruments to get more countries on board. One possibility is a European CO2-Tax in place of today's emissions trading. Imported products would be burdened in the same way and production in Europe would be relieved. Those who then want to export to Europe would either have to pay taxes or simply produce in a more environmentally friendly way.

What significance do the global goals for sustainable development have for you?

Kapsch: Achieving these goals is of course desirable, but companies often lack implementation. Things are demanded that cannot be fulfilled if individual suppliers do not play along. And the leverage of an Austrian company is negligible: How am I supposed to force a supplier who is ten times bigger than me to make its production processes and conditions really transparent? Viewed in this way, we shouldn't be surprised that for many companies a commitment to the goals is more of a communication tool than a real guideline for their actions. 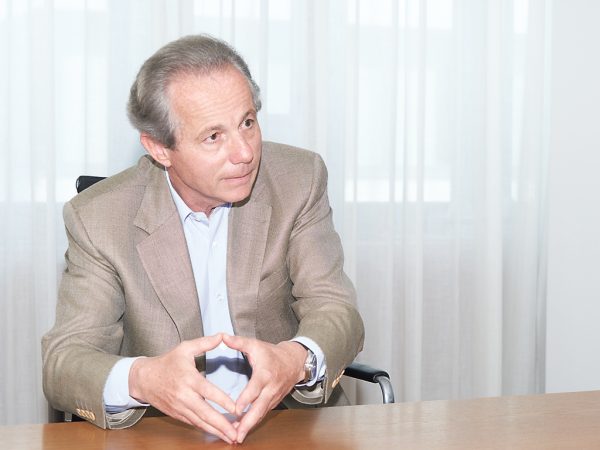 Companies are not an end in themselves, but rather exist to make people's lives more pleasant.

What is your take on corporate social responsibility?

Kapsch: On the one hand, I think that social responsibility is a question of conviction. On the other hand, I don't appreciate the term corporate social responsibility because it is primarily a buzzword. For me, companies have a social and economic responsibility that goes beyond employees, shareholders and customers. Companies are not an end in themselves, but rather exist to make people's lives more pleasant, to create wealth and also to promote diversity in a society through art and culture.

What makes a company fit for the future and an entrepreneur successful?

Kapsch: It takes the courage to act unconventionally, a well-measured willingness to take risks, constant questioning whether you are doing the right things in the right way - and if the latter is not the case, ultimately the will to reinvent yourself again and again. Then there is the curiosity and loyalty of the employees. But there is also the question: What does success mean to you? Is this all about high returns? Or is success leading an organization that is resilient and thrives, whose workforce feels comfortable and which makes a contribution to society? For me, the latter is what makes the real success as an entrepreneur.

Thank you for the interview.

Georg Kapsch started his professional career at Kapsch Group in 1982 in consumer goods marketing, in 1989 he was appointed to the board. He has been CEO of the Kapsch Group since October 2001, and at the end of 2002 he also took over as CEO of Kapsch TrafficCom. In addition, the graduate in business administration was President of the Austrian Federation of Industrialists from 2012 to 2020.

Focus on mobility and digitization

The Kapsch Group is a family company founded in 1892 and based in Vienna. Today, the global technology group with around 6.680 employees combines the two business areas Kapsch TrafficCom and Kapsch BusinessCom. While Kapsch TrafficCom implements intelligent traffic systems worldwide, including for toll collection and traffic management, Kapsch BusinessCom supports companies in increasing their performance and developing new business models through telephony, network and IT solutions. Kapsch pursues the goal of global quality and innovation leadership and annually invests around ten percent of total sales in research and development. Long-term collaborations with scientific institutions and strategic acquisitions provide additional know-how. With subsidiaries and branches in more than 30 countries, Kapsch TrafficCom generated sales of EUR 2019 million in the 20/731,2 financial year and has been listed in the Prime Market segment of the Vienna Stock Exchange since 2007.

Environmental stars Made in Austria