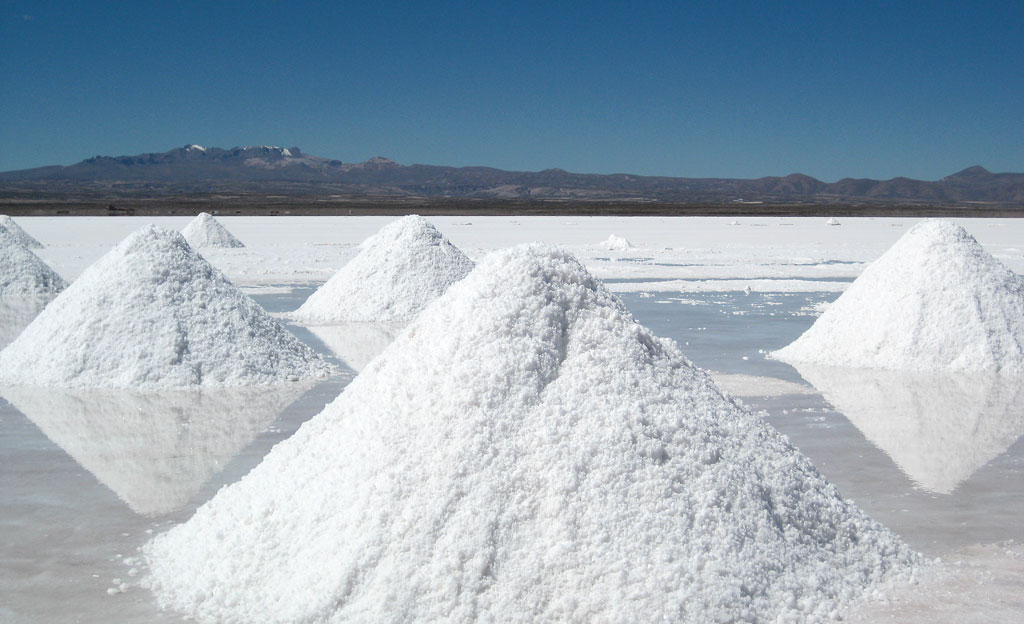 There is a lot going on in South America. As so often. But while in this country is usually thought of heavyweight Brazil and its burning forests, the next Argentine state bankruptcy or currently the severe unrest in the supposed flagship Chile, it is worth taking a look at two former underdogs, who sit up with high growth rates, large infrastructure measures and exciting markets leave: Peru and Bolivia. There is also a lot going on politically there, in Peru, which has been shaken by corruption scandals, there are early new elections in January, in Bolivia the socialist incumbent Evo Morales clings to his power in highly questionable circumstances, the population protests. European companies are traditionally skeptical about these markets.

Peru is going ahead

The chances of the Peruvian market for Austrian companies are similar to the Nazca lines in Southern Peru: The centuries-old soil drawings in the shape of a hummingbird or a spider can not be seen at first glance because of their immense size, but only from hills at a suitable distance or from the air become. Also, the Peruvian market may not appear at first sight due to political instability and corruption, but if you look at the big picture, a country that has been one of the fastest growing economies in Latin America for the past ten years will be foreign Brought companies into the country and provided the necessary legal certainty.

The origin of the world-famous Nazca Lines is believed to be in fertility rituals, and the economic opening is also increasingly fruitful: Last year the Peruvian economy grew by 3,9 percent, a similar value is forecast for this year. Austrian exports increased significantly in 2018 compared to 2017 by more than a third to around 82 million euros - Austrian machines in particular are in demand. There are a number of large-scale projects in infrastructure and, above all, in mining, which accounts for around 60 percent of the country's exports.

The formwork specialist Doka from Amstetten has recognized this and expanded its perfume business in June. In addition to the main office in Lima, there is another in Arequipa, in the heart of the Peruvian mining area. "In Peru, we see a strong market with high potential, both in the infrastructure sector and the mining sector, as well as in the construction of large building complexes in Lima," says Doris Stübinger, Doka Marketing Manager for Latin America. In their opinion, "many European companies have the opportunity to benefit from the region's recovery and proactively help shape development." In order to ensure that this upturn does not subsist, Peru seeks to become a member of the OECD - only Chile is yet a South American representative to the club of industrialized countries. In the year 2021, Peru celebrates 200 years of independence, until then, the membership should be under one roof.

And forever the corruption greets

If only the corruption scandal was not around the Brazilian Odebrecht group, which also hits high waves in Peru: In April this year, for example, the former president of the country, Alan García, shot himself shot dead before a planned arrest. His successor Pedro Pablo Kuczynski is under house arrest for corruption. And the current president, Martín Vizcarra, dissolved the parliament after a months-long power struggle and called new elections. What does all this mean for European companies that want to work in Peru? "Especially the construction industry is very volatile due to the political events, large projects are often silent. An investment therefore requires not only local knowledge but also the necessary stamina, "says Stübinger.

The latter also has to be proven by the Vorarlberg cable car manufacturer Doppelmayr. After seven years of preparation, the foundation stone for the first Doppelmayr project in Peru was laid at the end of February this year: A cable car will enable visitors to visit the Inka site Huchuy Qosko, which is currently only accessible via multi-day trekking routes. A few weeks later, the project was on hold again after local landowners vigorously protested. "It's a small group of some 50 landowners with whom contracts were negotiated and signed before the groundbreaking ceremony. Now they are coming up with new demands, "says Peter Baumann, Head of Latin America at Doppelmayr. But Baumann is confident that an amicable settlement is imminent, the Peruvian government is helping out: "This underlines that legal certainty applies in Peru."

Basically, Peru's economy and population are somewhat careless of all the political turmoil. "As so often, it remained calm in the country despite all political drama. Relative to the gravitas of events comparatively few people took to the streets. If it were not for the lurid front pages of the newspapers, which constantly announce a political Armageddon, one would not notice much of the political crisis in everyday life, "reports Sebastian Grundberger, head of the foreign office of the German Konrad-Adenauer-Stiftung, from Lima.

31. October 2019
Drazen Maloca serves as economic delegate of Chile from Bolivia and Peru and promotes more Austrian involvement in the region.

Even Peru's "little neighbor" Bolivia was long considered a problem child. Bolivia is still the poorest country in South America today. And since foreign companies have been nationalized under the aegis of President Evo Morales, many foreign investors are still avoiding the country. Meanwhile, China has positioned itself as the main donor. At the same time, however, Bolivia is also regarded as an absolute boom country. Last year, the economy grew by 4,1 percent, and this year Bolivia is the only country in South America to break the four percent mark. Meanwhile, the Bolivian state is investing heavily in infrastructure, energy and raw material extraction. And while at the same time in the run-down "fraternal state" of Venezuela, supermarket shelves are empty and medicines are missing, in Bolivia, with low inflation, consumption is boosted and health care for the population improved. This also benefits the Viennese Vamed AG, which is currently building and equipping a public 200-Betten-Krankenhaus in the remote village of Villa Tunari.

From an Austrian point of view, Bolivia stands out above all for the much-praised city cable car network in La Paz. This year, the tenth and last line went into operation, accounting for the largest project in the history of cable car manufacturer Doppelmayr. Peter Baumann looks with pride on the achievements: "The Bolivian population has a very positive image of the cable cars, the social value makes them very popular. And in the other countries of South America, it was also recognized that cable cars can provide a valuable addition to the rest of the means of transport. "Although it is now not only thanks to Doppelmayr gondolas meanwhile high, the Bolivian economy still depends heavily on Erdöexporten - and is correspondingly volatile, above all because the two main buyers, Brazil and Argentina, are themselves economic problem children.

An end to this dependency is to be achieved thanks to the Salar de Uyuni, the largest salt pan in the world. As a tourist, you can drive a jeep over the endless white expanses, but for the Bolivian economy, in addition to the manageable income from backpackers, what is especially exciting is what awaits: the world's largest reserves of lithium, with 21 million tons probably more than half of global occurrence. As the main component of battery cells, the alkali metal lithium is a key raw material. Lithium-ion batteries power cell phones, laptops and electric cars - and have just given their developers the 2019 Nobel Prize in Chemistry. The award winners had “created a rechargeable world,” said the Nobel Prize Committee. So now Bolivia would like to charge its own economy with lithium.

In the industrial promotion of the "white gold", the government is building on the frustration of its Chinese competitors on a public-private partnership with the German company ACISA, in this form a novelty under Evo Morales. Having its own battery factory and setting up local value chains should set in motion an independent Bolivian industrialization and thus help the country to get away from the pure export of raw materials.

So far, however, is in the salt desert only a pilot plant. And there are protests from the Bolivian people, who fear that they will not benefit from the profits from lithium mining. A general strike was called in the region, road blockades were set up - but the contracts between the Bolivian state-owned company YLB and ACISA have already been signed, with a term of 70 years. 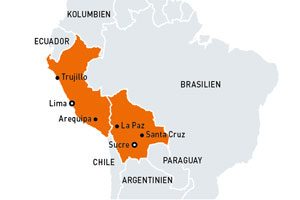 Many domestic companies are still experiencing blockages when it comes to business in Bolivia and Peru. Still, it is mostly tourists who take the plane to Lima or La Paz. They especially like to visit Machu Picchu, the spectacular city in the Andes, the flagship of Peru and perhaps the whole continent. But while Peru's access to hundreds of years of Inca buildings initially limited access to the hundreds of years of Inca buildings in May and thus stop the escalating tourism, the Andean country market is opening up more and more to international trade and also offers Austrian companies more business opportunities , And Bolivia will not only be an exciting market thanks to lithium reserves, irrespective of the political environment. The Andean departure could be permanent, similar to the archaeological treasures.