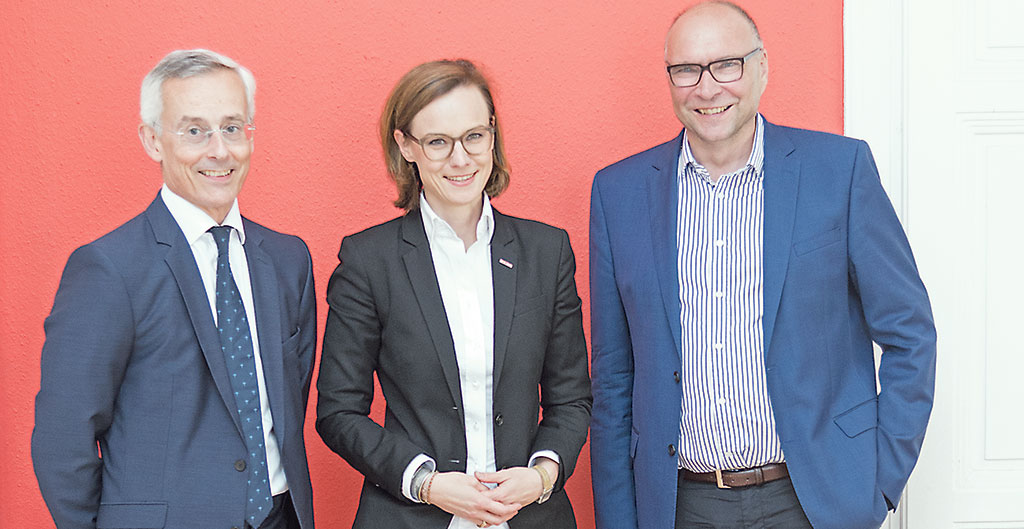 Did the Africa summit at the end of 2018 in Vienna make a difference?

KÜHNEL: The high-level forum was a media-effective catalyst for the positive development and economic potential of the African continent. And that is what it takes: Today less than two percent of Austrian exports go to Africa, in 1981 it was still five percent - we would love to come back there. We have therefore commissioned a study with the Austrian Development Agency to examine new business models in African target markets. We want to present the results on Africa Day on November 6th.

Wancata: The Africa summit was by no means a commonplace signal. Something is also happening in Austria: The African-Austrian SME Investment Facility of OeEB is a product that has attracted a great deal of interest from smaller companies. And we are pleased to note that other Austrian institutions such as the Federal Ministry for Sustainability and Tourism or the Forschungsförderungsgesellschaft are also increasingly devoting themselves to Africa.

HANISCH: The summit has certainly provided a stage for flagship projects that contribute to a more positive perception of Africa in the public eye and highlight the opportunities that exist there. As a company, we saw how markets emerged from virtually nothing.

"Today less than two percent of Austrian exports go to Africa, in 1981 it was still five percent."

How can Austrian companies be increasingly won over to Africa?

KÜHNEL: Africa is certainly a market of the future, but not a uniform market because it consists of 55 very different countries. And there you have to differentiate which region you are doing which activities. On the part of the Chamber of Commerce, we try to use our network to motivate exporters to address certain countries. At the same time, we show innovation opportunities and new business models. In our new strategy, we have expanded the concept of innovation to include social innovation. At the Africa Innovation Challenge, which took place as part of the Export Day, we then also invited start-ups to present business ideas with a social impact. Because that's what it's about: How can I tackle societal challenges in an economically viable way?

Wancata: It is certainly challenging for Austrian companies to gain a foothold in Africa. We're talking about 55's very different markets - from failed states to emerging markets. The results of a recent OeKB study therefore do not surprise: Only nine percent of large domestic companies plan to increase their involvement in Africa. The narrative of Africa as a growth market and opportunity for opportunity has not really arrived in day-to-day business.

HANISCH: Africa used to be synonymous with South Africa, where it was relatively easy to enter the market. The same was true for North Africa. In both regions, however, there is more of a standstill today. Many smaller states south of the Sahara came to the scene by chance. A few years ago we would not have expected to do any significant business in Côte d'Ivoire, Cameroon or the Congo. Today, we generate between three and five percent of our sales in Africa. When South Africa was still prospering, it was up to 15 percent.

KÜHNEL: There are currently just under 250 Austrian branches in African countries. Whether AVL, Alpla or Doppelmayr - there are many examples of companies that have gained a very good foothold in the region. But many companies need to overcome a blockade to enter markets for which proven business models need to be adjusted. We want to encourage companies to take the first step. We can do that with the six foreign trade centers we have on site. In the medium term, we also plan to expand our presence there.

HANISCH: Our plants are very suitable for African countries. We build machines for crushing rocks, for example for road construction and for the preparation of building materials such as concrete or bricks for immediate reuse. This qualifies our machines for the most remote areas because the material does not have to be transported hundreds of kilometers, but can serve the construction site on site. A big problem in many countries is the excessive bureaucracy that can bring down even the best project. A plant that has been in duty for a year without anything moving - that's not how you work.

Wancata: A business only goes to new markets when it sees good business opportunities and the business may not grow as one would expect elsewhere. And apparently Austrian companies still have a lot of countries and markets where things are going well. Maybe the pressure is not so great that they really deal with Africa.

"The narrative of Africa as a growth market and continent of opportunity has not really arrived in day-to-day business."

What kind of support is needed to exploit the business potential in Africa?

KÜHNEL: Energy, environmental technology, infrastructure and transport - these are key sectors in which Austrian companies have excellent offers. Our mission is to provide information that helps companies better understand markets. One point that is very important to me is that you should not only see Africa as a sales market, but also consider options for local value creation.

HANISCH: The Kontrollbank offers companies great instruments for securing and financing foreign business - the problem is the processing of the business itself. In view of the framework conditions and the weak legal certainty, it is often very difficult to actually use the potential that is certain to exist. I see the role of a small country like Austria mainly in creating model cases. One challenge is that you have to bring money with you in order to develop a market in Africa - keyword China. As an Austrian medium-sized company, we cannot do that. What we can do is show how decentralized infrastructure projects can be implemented technologically and structurally. In order to then multiply such pilot projects, appropriate strategies are required in the individual countries and, above all, financing is required. And here I see less Austria than the EU being challenged.

Wancata: As OeEB, we are pursuing the clear goal of expanding our Africa business in the coming years. Countries such as Denmark or the Netherlands provide their development institutions significantly more money for such efforts than Austria. Money is not everything. We are more likely to face the challenge of finding good projects. Above all, as a development bank, we are not concerned with exports - we want investments on the ground. Because often companies come to us with ideas that are rather fragmented and also do not show a clear business case or scaling potential. We have around fifty applications for the African-Austrian SME Investment Facility - but there are only a handful of concrete and well-structured projects. Here we can support you in the area of ​​project preparation and development with our Technical Assistance funds. Of course, the new Investment Facility is just a start: if we get more good projects, there is a willingness and opportunity to do more here in the future.

"One challenge is that you have to bring money to build a market in Africa."

How can Austria contribute locally?

HANISCH: In Austria, development cooperation, especially with Africa, is still very heavily non-profit driven. You have to be careful not to say that a project could create a market. This is a pity. Other countries are much more open and consider economic interests as a prerequisite for their involvement in cooperation with companies. Because there are niches in which Austria could become active. For example, with the dual system of apprenticeship training, we have a very good approach to getting young people into employment - if Austrian companies get into difficult markets, they could take this model with them. Only they will not be able to do this alone.

KÜHNEL: Exactly, one must not forget the developmental challenges that still exist. It is very important, for example, to give young people in Africa a future perspective. At the same time, training and further education in the context of corporate responsibility also play a major role in foreign markets. As a result, the Economic Chamber has entered into cooperation with the International Center for Migration Policy Development (ICMPD) in the framework of the Africa Summit in order to train up to 1,000 young people in Nigeria for vocational training. The Africa Summit was an important step to draw attention to the topic, but more must follow.

Wancata: Only if the Austrian policy on the topic of Africa stays tuned, something can move. 27 of the 33 countries most affected by climate change are in Africa. This requires a European strategy for Africa, flanked by programs of the member states. Austrian Development Cooperation has four priority countries in Africa and manageable funds at their disposal. Austria can certainly get more involved here than before.

Mariana Kühnel has been Deputy Secretary General of 2018 since Economic Chamber Austria.

Michael Wancata has been a member of the board of 2008 since Oesterreichische Entwicklungsbank OeEB.

Gerald Hanisch is founder and CEO of the Linz company Rubble Master. 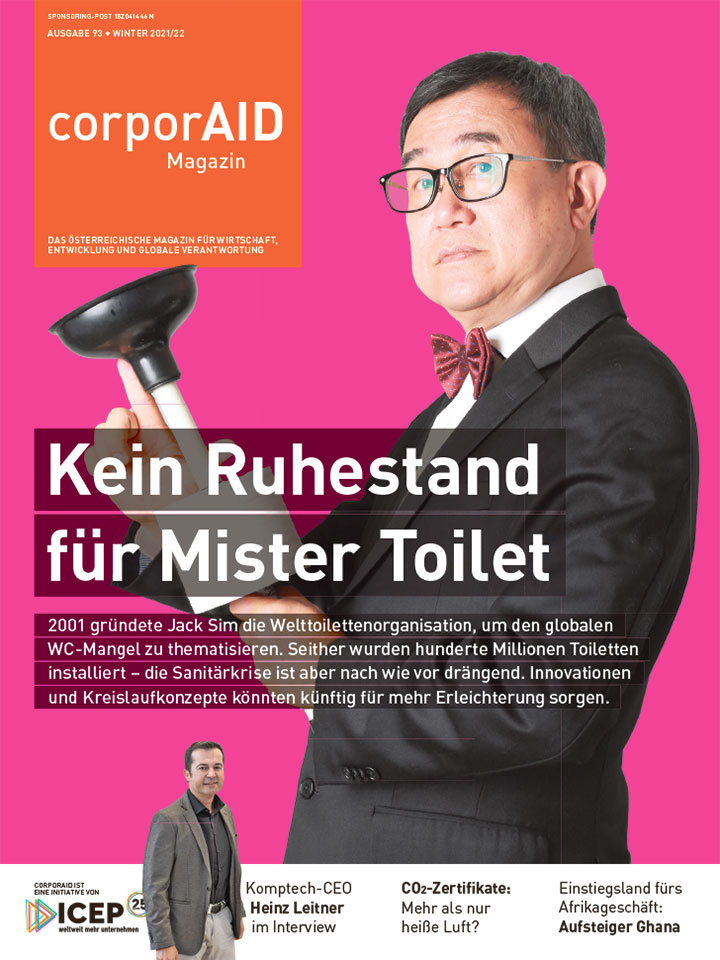