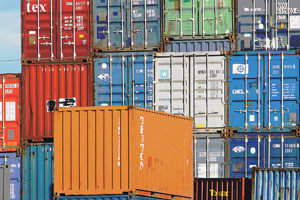 The so-called New Silk Road is increasingly being used by rail: 2018 alone has been guided around 6.000 freight trains between China and Europe - for the transport of goods worth 33 billion dollars. In the future, Austria would also like to benefit from the mammoth project. Thus, Vienna has recently joined an association of six cities interested in the project. It is a problem that 400 ends the usual broadband track in Russia. The Vienna Economic Chamber is campaigning for expansion.