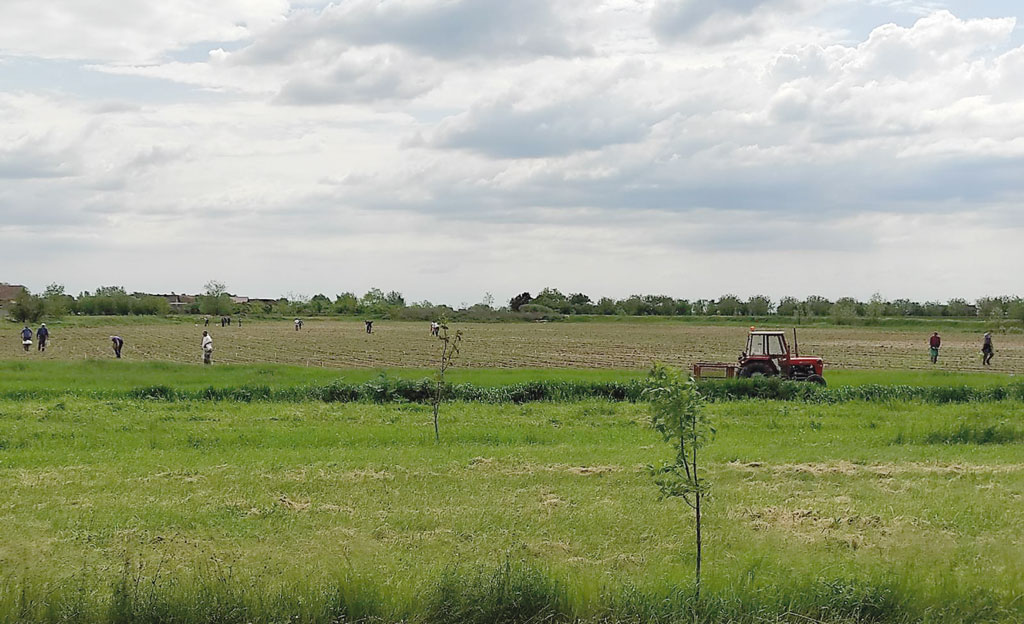 As an EU accession candidate, Serbia is called upon to rely more on renewable energies. With a share of 70 percent, coal is still the front runner in the country's energy mix. And although Energy Minister Zora Mihajlovic is sticking to the construction of another coal-fired power station, she promises an integrated investment plan and better framework conditions for private investments in renewable energies this year.

In addition to sun and wind, energy from biomass has hardly been an issue in Serbia so far. Not even wood processing companies use their wood waste to generate energy, observed representatives of the Foreign Trade Center in Belgrade. Nevertheless, the production of wood pellets is increasing, as is the number of manufacturers. The northern province of Vojvodina in particular is seen as a promising market for Austrian machine and plant manufacturers in the electricity and heating sector.

With ADA as a partner

Raising the biomass potential of Serbia is the declared goal of a consortium led by E3 International, a US-based consultant and project developer for sustainable energy. The company began operating in the Balkans 20 years ago on behalf of the US development agency USAID. Later it managed, among other things, a large investment facility for the European Bank for Reconstruction and Development EBRD and accompanied more than 400 energy efficiency and renewable energy projects in Serbia. Based on this experience, the consultants now want to open a new breach by building a sustainable biomass market in Vojvodina in order to support the country in expanding renewable energies. With CIFOR Germany and its parent organization in Indonesia, the Americans have two renowned research institutions on the subject of integral forestry and agro-forestry at their side.

The financing partner for the first phase has been the Austrian Development Agency ADA, the agency of Austrian Development Cooperation, is on board through an economic partnership. ADA program manager Gottfried Traxler justified the funding with “that the project supports green economic growth and sustainable livelihoods in rural areas, in line with the priorities of the Serbian government, the Paris Agreement and the goals for sustainable development of the United Nations”.

Wood as a base

The first stage goal within the framework of the economic partnership was the construction of a demonstration plant for the cultivation of fast-growing woods - in this case willow and reed species - with a high dry matter yield for energy generation. This was achieved in cooperation with a village community, Nova Crnja, the local farmers' association and the BioSense Institute of the University of Novi Sad: together, so-called short rotation plantations covering several hectares were established. Bonnie Norman, Managing Director of E3 International, explains: "We want to create multiple benefits and have therefore determined that the energy woods should only be built on heaped mining or landfill sites or fallow state-owned agricultural land." She emphasizes that the soil will change within twenty years - this is the cycle intended for short rotation plantations - even regenerate and then come into question again for other plantings.

The demonstration plants are intended to illustrate the cultivation and growth of energy crops, but are also the starting point for the development of a technically, legally and economically viable, scalable business model for short rotation plantations. This is currently being worked on, says Norman. The aim is to convert 45.000 hectares into short rotation plantations - that is a quarter of the unused fields in Vojvodina. Nationwide, 1,6 million hectares are fallow. With a targeted yield of at least half a million tons of dry wood mass annually, one will make a relevant contribution to heat and / or energy generation in Serbia.

Until then, however, there is still a great deal to be done. The project partners are currently in the process of developing purchase agreements with the state-owned Serbian electricity producer, local district heating companies and facilities with year-round heating requirements (such as hospitals and hotels). In addition, cost-effective short supply chains must be developed in exchange with the Chamber of Agriculture and Commerce and various commercial players - including the establishment of machine rings for jigging and harvesting machines or the construction of warehouses. Recommendations for improving the political framework are also of crucial importance: subsidies, incentives, network access or feed-in tariffs. At the same time, the partners are working with the University of Belgrade on a training platform for farmers. Topics are the management of short rotation plantations, the choice of location and variety and sustainable cultivation methods. "Biomass cultivation should enable farmers to earn a noticeable additional income and thus also help to curb the rural exodus," says Norman. She also sees employment opportunities for those who are looking for alternative jobs because of the foreseeable dismantling of coal mines.

For all the ecological advantages that short rotation plantations offer, they contribute to the monotonization of landscapes. In order to create a balance, the consortium partners have committed to reforest around 4.000 hectares of deforested soil - with the additional benefit that jobs will again be created. For this purpose, funding should be sought.

Funding is generally the biggest challenge in the project, "but it also offers the greatest potential," explains Norman. It wants to raise investment capital of around 200 million euros for the establishment of a biomass market based on 45.000 hectares of short rotation plantations. The farmers need a large part of this as a loan, since a positive cash flow can only be expected from the fifth year onwards. But the consortium has much bigger plans. "Following the international model, we want to set up a facility with development banks and private investors that can also stimulate the construction of thermal, solar or wind power plants." Norman plans to raise more than one billion euros for the vehicle in the medium term. Information for investors should be available shortly.

E3 International is a project developer in the energy sector that has existed for 20 years and was restructured in 2010, with headquarters in the USA and a subsidiary in Belgrade. The 20-strong team headed by Bonnie Norman has access to a large group of experts. The consultants have also recently started working in North Africa. The two research centers, Center for International Forestry Research in Indonesia and World Agroforestry in Kenya, opened as CiFOR ICRAF merged to make a knowledge-based commitment to sustainable land use while taking global challenges into account.

Here you can find reports on further business partnerships between the Austrian Development Agency and various partners:

• Window for innovation about the support of the social entrepreneur supporter Ashoka Austria in transferring successful tools to East Africa.

• Can hear! about the facilities of a wide range of hearing health services in Bangladesh and the Ivory Coast through the hearing implant manufacturer MED-EL.

The cardboard on the hot tin roof