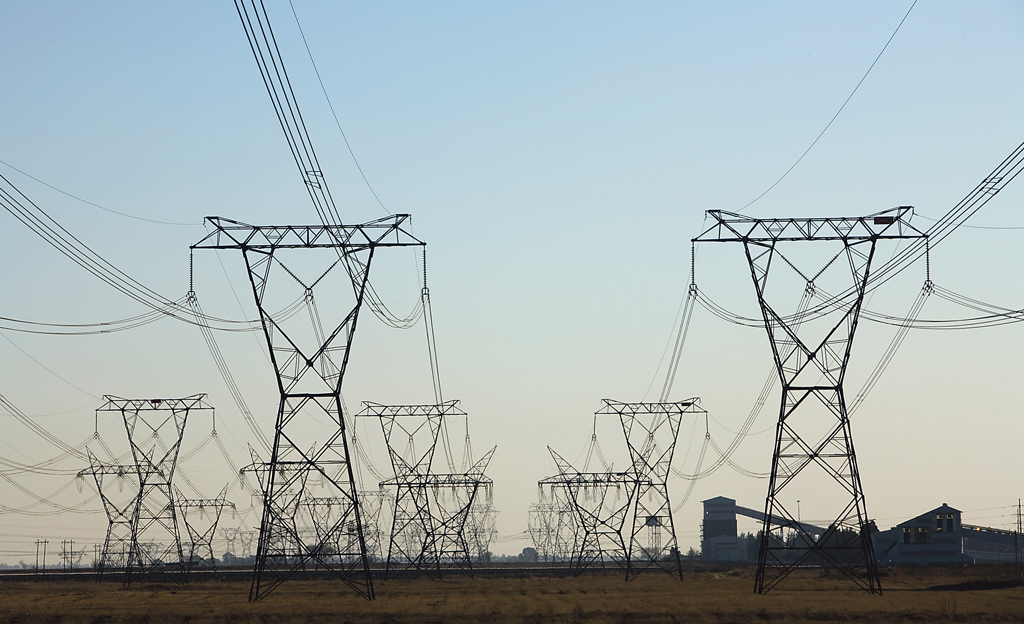 In South Africa, the diesel generators have to be started again or the candles have to be taken out of the drawers since mid-July. For many South Africans, the constant "lights on, lights off" has been part of normality for years, the electricity sometimes cuts out several times a day for a few hours. In order to avoid a total failure of the overloaded system, the state electricity company Eskom is forced to shut down the system frequently. It had proudly announced in June that the electricity had not been turned off for three months. The reason for this was not a supposedly sustainable relaxation of the energy situation, but the significantly lower power consumption as a result of the corona lockdown. “Eskom cannot meet the increasing energy demand. In the medium to long term, significant investments in energy infrastructure will be required, ”says Cebo Silinga, renewable energy expert at the South African Technology Innovation Agency.

South Africa produces most of its electricity from coal (see graphic below). Gas, nuclear power - from the only operating nuclear power plant in Africa built near Koeburg in 1984 - as well as a little water, solar and wind power for energy generation contribute to this. The government wants to increase capacity by 50 per cent by 2030 and focus on wind and solar power plants. The fact that the electricity supplier Eskom, which is characterized by mismanagement and corruption, is in debt with the equivalent of more than 20 billion euros, lowers expectations.

Too little of a good thing

While South Africa is mainly dependent on coal-fired power generation, countries like Ethiopia or the DR Congo rely primarily on hydropower. Only: For a sufficient supply of the population, electricity production would have to be increased at least tenfold.

No shortage of resources

Nevertheless, along with the North African countries, South Africa has the best energy supply on the continent. Eighty percent of the country's population has access to electricity, while in sub-Saharan Africa it is less than half. The poorer the country, the worse the supply: in the crisis country of South Sudan, not even a tenth of the population has access to electricity. The rapid growth of the African population increases the pressure.

There are enough resources to supply the continent with electricity across the board, and the potential for renewable energy is particularly great. When a New Deal on Energy for Africa was announced in 2015, the President of the African Development Bank Akinwumi Adesina spoke roughly of a potential of 10.000 gigawatts for solar power, 350 for hydropower, 110 for wind power and another 15 for geothermal energy - in addition to the remaining 300 gigawatts for coal and 400 for gas. According to the German Development Minister Gerd Müller, Africa could be the first continent "that is completely supplied by renewable energies". The International Agency for Renewable Energies IRENA calculates that half of the African generation capacity of 620 gigawatts in 2030 could be based on renewables. That would be a considerable leap and a sevenfold increase in the installed capacity of renewables compared to 2017 - and would mean an investment of 70 billion dollars annually.

The New Deal, supported by international actors such as the World Bank, the International Energy Agency IEA and IRENA, is aimed at expanding both grid-connected and grid-connected energy in order to supply an additional billion Africans with electricity by 2025, thereby “turning the lights on in Africa ". Renewable energy sources should be given preference, but only within the framework of economic possibilities - a clear appeal to the international community.

3. September 2020
Kandeh Yumkella, former director general of the UNIDO industrial development organization in Vienna, sees the long-awaited electrification of Africa as having difficulties in financing issues - and hopes for Europe.

In Africa, hydropower - with a share of 17 percent of the electricity supply - already plays an important role in electricity generation in some countries. However, the stability of the flow rates is a growing concern. And the desire to realize large, historic projects with enormous potential seems to be guiding politics. The Grand Ethiopian Renaissance dam on the Blue Nile is currently nearing completion. The dam will be two kilometers long and 145 meters high, the two connected power plants will have an average of five nuclear power plants with six gigawatts and together form the largest hydropower plant in Africa. But the size is also scary. Sudan and above all Egypt, which draws almost all of its water from the Nile, fear for their own water security. The fact that Ethiopia created facts in July without any legal agreement and caused the reservoir to be partially filled with almost five billion cubic meters of water hardened the fronts. Ethiopia also wants to export electricity in the future.

The electricity business is also fueling visions in the Democratic Republic of the Congo. With international funding, the country built two smaller hydropower plants - Inga I and II - on the Congo River in the 1970s and 1980s. Now, with Grand Inga, large parts of southern Africa could be supplied with electricity. Combined with a diversion and damming of the Congo, Grand Inga would achieve an output of 40 gigawatts of electricity after several expansion stages, which corresponds to twice the output of the world's largest Three Gorges power plant in China.

Grand Inga is one of 15 flagship projects of Agenda 2063, with which the African Union has been pursuing the goal of developing the continent's potential since 2013. But implementation is delayed. The World Bank withdrew four years ago because of disagreements with the then Congolese President Joseph Kabila. A European-Chinese consortium, which Kabila won, also fell out, the companies pull the rip cord. The new Congolese President Félix Tshisekedi is already relying on a significantly smaller version of the first expansion stage with an output of 4,8 instead of eleven gigawatts. Whether this will happen is currently more than uncertain, also because the main buyer of South Africa's crisis-ridden electricity company Eskom, which currently can hardly afford to invest in lines.

In contrast to hydropower, where large projects in particular are usually accompanied by significant cost explosions, solar energy is gaining more and more attention in view of the steadily falling costs. The IEA is convinced that solar energy will be the largest energy source on the continent by 2040.

Large solar parks are needed to supply growing cities and metropolitan areas and an increasingly industrialized economy with renewable energy. The Noor Ouarzazate solar power plant in the Atlas Mountains in Morocco is a pioneer. The 25.000 hectare facility has a peak output of more than 500 megawatts. An even more powerful project is already underway in the Egyptian desert: the Benban solar park, which is more than 80 percent complete, is the largest in the world, and the targeted peak output of 1.800 megawatts is more than twice as high as that of the previous record holder in China. 30 international companies are involved in the project, the financing comes from all over the world - cost: 3,6 billion euros.

In addition, solar energy could be the basis for other energy sources. So-called green hydrogen is to play an increasingly important role here. The idea: solar power generated on a large scale should first be converted into hydrogen via electrolysis and then into synthetic natural gas, which is then transported from Africa to Europe in liquefied form. The aim is to learn explicitly from the mistakes of the failed Desertec project, in the context of which large amounts of electricity were to be exported from the Sahara to Europe ten years ago.

Despite all the euphoria about the potential of regenerative energies, many African countries are in the process of further expanding their fossil fuels. In many places, new coal-fired power plants are being built and oil and gas reserves are being developed. More than ten African countries are also planning nuclear power plants, mostly relying on the support of China or Russia.

In addition to generation, the continent is also facing major challenges with regard to the distribution of electricity. There will be no nationwide power grid in Africa anytime soon. Therefore, at the same time, a strategy with many small, decentralized and network-linked forms of energy must be implemented to supply the future. Micro-grid systems - in other words, self-sufficient small networks that are primarily based on wind or solar energy - are particularly promising in rural Africa and can at least partially replace the lengthy and cost-intensive construction of supraregional electricity networks.

Around 500 million people in Sub-Saharan Africa still have no access to electricity and 800 million cook over a fire. The African development bank calculated an annual financing requirement of 2025 to 60 billion dollars for the implementation of its new deal by 90. One thing is clear: enormous investments are required for the continent's comprehensive energy supply.