If the Internet fails, many become nervous: Constant access to the Internet has become indispensable in our latitudes. In some regions, however, life in online mode is not part of everyday life - often because of the costs: The Alliance for Affordable Internet A4AI determined that more than a billion people live in countries where mobile data is extremely expensive. 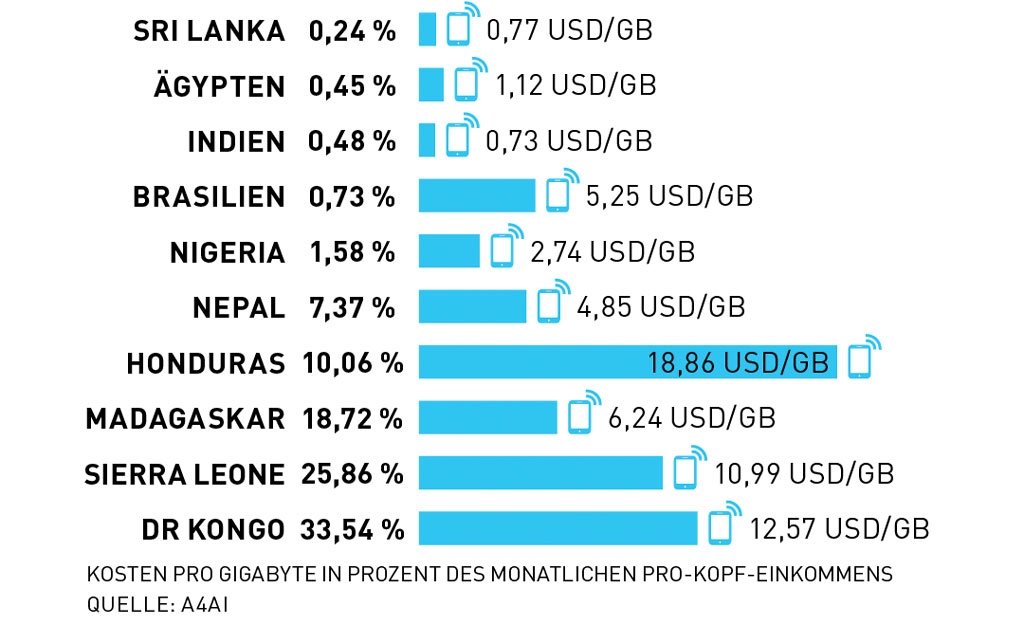 According to A4AI, many markets simply lack competition: In monopoly markets, a gigabyte costs up to $ 7,33 more - and around 260 million people now live in regions where a single provider dominates the market.