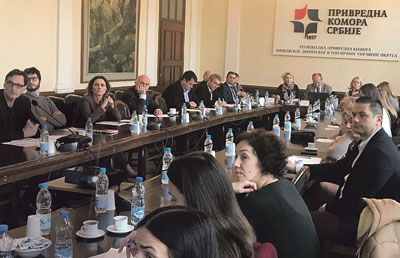 In Serbia, cars were already built in the 1950 years, initially Fiat models, then you wrote with the own brand Yugo history. The market collapsed as a result of the Croatia and Bosnia wars in the 90s, and in the Kosovo war 1999, production in the central Serb city of Kragujevac was almost completely bombed. Ten years later, Fiat Chrysler even joined Zastava Automobili, now Fiat Chrysler Automobiles Serbia. Here is the Fiat 500L built. Since then, one automotive supply company has been settling in the country after another. Serbia is now one of the 20's most important locations in the automotive industry.

In an effort to counter high unemployment, the government also appeals to foreign investors with incentives. And the strategy works: according to the IBM Global Locations Trend Analysis, Serbia ranks among the top 15 nations in generating per capita employment through foreign direct investment. But there is now a second problem: the companies are short of skilled workers. It was not until early August that the Minister of Labor and Employment confirmed urgent staff shortages in some sectors of the economy. And he reiterated that the government is trying to provide skilled workers by retraining or adapting outdated educational profiles to the needs of the market.

Jürgen Grandits, Head of International Education and Training at the Berufsförderungsinstitut BFI Burgenland, has been in the picture for some time now through contacts with the Serbian automotive industry about the problem. This led to the idea of ​​offering tailor-made technical training for company employees and jobseekers in the less developed southern part of Serbia, where unemployment is estimated to exceed 40 percent. This would help the industry and the labor market quickly. The location was Nis, the country's third-largest city, home to local and international car suppliers such as Leoni, Grammer, Tagor, Raavex, Johnson Electric, Michelin, D-Company and Bros Auto. The companies welcomed the push.

The idea also appealed to the dependance of the Serbian Chamber of Commerce and Industry. She was present at all preliminary talks and expressed increasing interest to take over the future Tech Academy itself. "For the Chamber of Commerce in Nis, which already had a small training offer, it was a way to prove its own benefits to companies," says Grandits, "and we were also in favor of this as it provides a long-term perspective for the new training center originated."

Also in the headquarters of the Serbian Chamber of Commerce and Industry, the project was approved and expressed interest in as soon as possible to take over the developed in Nis Tech-Ak offers in Belgrade and other cities in Serbia. Finally, the project was on track when the Austrian Development Agency ADA agreed to co-finance a strategic partnership (see link below). ADA program manager Gottfried Traxler justifies the funding from a dual motive: "The Capacity Building Initiative in a region characterized by unemployment and emigration is a positive contribution to regional development. It also complements our apprenticeship project, which we are implementing with the Austrian Federal Economic Chamber and its counterpart in Belgrade. "

The project is in full swing. The focus is on the training of ten employees of the Serbian Chamber of Commerce with the aim, as project leader Grandits explains, "that they know how to do adult education, that is how to communicate with companies, raise the needs of the economy, develop and accredit curricula, and how to select trainers and training candidates methodically. The team should be able to organize and evaluate training courses and also be able to transfer this to other industries. "By the end of the project, the new Tech Academy will have a pool of twenty coaches and a business plan. "What is important is a structure that ensures that the trainers are busy and the companies receive their training," emphasizes Grandits.

Weidinger and partners as well as iP-Partners from Vienna are involved in the training of coaches when it starts from October - currently the selection of the candidates takes place. At the same time, about twenty mentors are to be trained, who form the backbone of the initiative in the companies: as contact person for further education candidates and contact point for the academy.

Meanwhile, the curricula for two modules with up to 180 hours already stand, one on the subject of quality control, the other on modern machine technology. Carmen Tariba from the local partner organization Callidus, who manages the organizational work on site, is currently having content and materials adapted and translated by Serbian experts. Methodically, one relies on a mixture of 55 percent practice, 45 percent theory and again 30 percent learning with digital material, even in-house at home. By the end of 2019, the new coaches, coached by their teachers, will have trained 200 prospects. These are recruited at the employment office and in the companies. "The training courses are initially offered free of charge so that companies can convince themselves of their added value," says Grandits. Later, the Tech-Ak could demand adequate prices and expand its program. Jürgen Grandits from BFI Burgenland will continue to advise the project, including in new cities.

THE PARTNERS IN THE PROJECT

The BFI Burgenland is an 1991 founded by the Chamber of Labor and Austrian Trade Union Federation ÖGB national association for the training of workers with a view to job security. Since 2005, BFI Burgenland has been implementing vocational training projects through the Department of International Affairs in Eastern Europe, repeatedly with the ADA. The cooperation with the WKO and WIFI international and since 2016 in Zagreb meanwhile independent Callidus GmbH has a tradition. On board are the private education and training providers Weidinger & Partner as well as iP-Partners in Vienna.