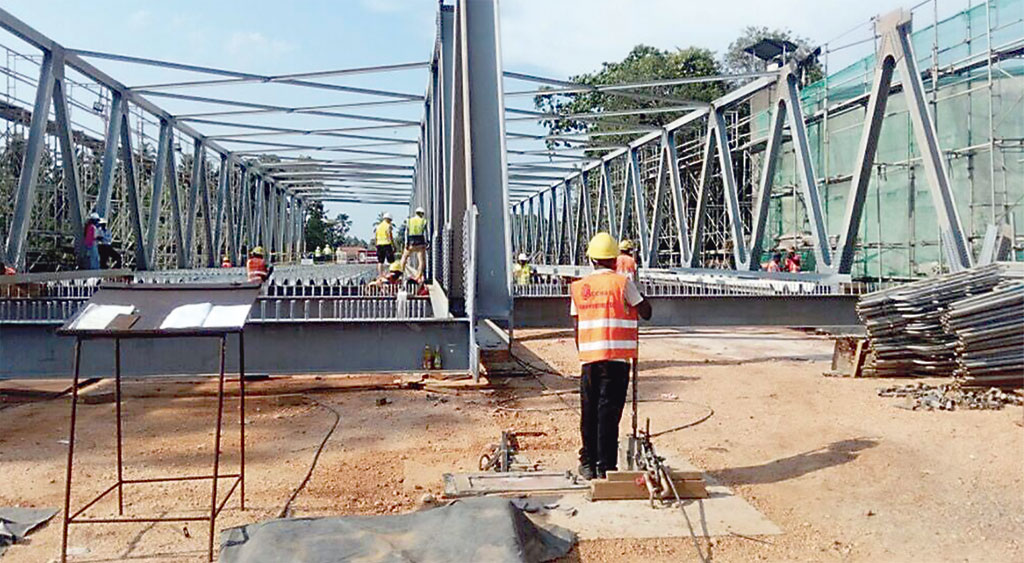 In 2008, the then Minister of Economic Affairs Martin Bartenstein presented a first Austrian foreign trade model, he could look back on years of continuous growth in relatively calm waters. Austria had made good use of the eastward expansion of the EU and, with the participation of more than 30.000 companies, achieved an export volume of 113 billion euros - 83 percent of Austrian exports went to Europe. Foreign trade corresponded to 42 percent of economic output. At the same time, the country had positioned itself as a springboard to the East and attracted investment from Europe, a total of 108 billion euros were invested in Austria. Austria's companies had set up branches abroad just under this value, most recently in eastern and south-eastern Europe. Since 2003, "go-international", an export subsidy program funded by the Ministry of Economic Affairs and managed by the Chamber of Commerce, has provided tailor-made assistance to find new markets.

In December 2018, Minister of Economic Affairs Margarete Schramböck, Foreign Minister Karin Kneissl and Federal Economic Chamber President Harald Mahrer presented the new successor publication, now called the Foreign Trade Strategy. "In an environment that is constantly and rapidly changing, a strategic foreign trade policy must strengthen the competitiveness of the Austrian economy and help companies to score with convincing products and services on world markets," Schramböck explains the basic vision.

Off to new markets

After the financial and economic crisis 2009, the Austrian foreign trade had developed more slowly than before, but constantly. 2018 exports have narrowly exceeded the 150 billion euro mark, and a slight diversification of markets has been achieved: the share of exports to the European home market dropped to 80 percent. The export quota was now well over 58 percent of the Austrian economy, a success contributed to by the Chamber of Commerce 58.000 exporters.

The figurehead is made up of those almost 200 Austrian companies whose products are European or world market leaders - think of Frequentis, Infineon, Kapsch or Palfinger (another Austrian world-class company is involved) here!). At the same time, companies boosted their foreign base by doubling their direct investment to just under 200 billion euros, thereby significantly overshadowing transfers from abroad. The target region remained Europe with the focus on the east and southeast. "Austria is a small, open economy that, after decades of technological upgrading, is now technology leader and provider," says Klaus Friesenbichler of the Austrian Institute for Economic Research WIFO, summarizing the status quo.

By contrast, the environment has developed discontinuously over the past decade. The euro area is weakening, developing unevenly and Brexit is imminent, Russia is facing economic sanctions, the US is acting protectionist, China is using empty spaces in sub-Saharan Africa and pushing its silk road project to Europe, India is only opening cautiously, Turkey is on the upswing lost and Saudi Arabia has joined the investment race in the Balkans.

"In order to safeguard Austria's export opportunities in the future, we must tackle foreign trade strategically. Our companies are confronted with numerous challenges, "said Chamber of Commerce President Mahrer, referring to the new developments. "The answer to this can not be bird-ostrich policy, but requires a forward-looking, strategically oriented foreign trade policy. This policy must be practical and implementation-oriented and build on the strengths of Austrian companies and Austria as a business location. "

"One tried to find a niche for the Austrian foreign trade in the global economic whole", is the Sukkus, which draws Friesenbichler from the government paper. In seven chapters, this contains a multitude of briefly described goals - ranging from the strategic orientation of EU trade policy to the development of modern and professional communication - as well as 63's briefly outlined measures (a selection can be found in the Infobox). All in all, the generously filled, only 40-sided paper proves to be extremely reader-friendly compared to the 300 pages strong predecessor publication. "The measures are based essentially on the further development and focus of already existing and a political compromise," Friesenbichler goes on to the content, "but their abundance increases the likelihood of conflicting goals." For example, he considers it difficult to achieve to push ahead with major strategic projects while trying to involve SMEs to a greater degree. At the same time, he is pleased that fact-based information for various target groups and monitoring and evaluation are emphasized. Ultimately, this should also make it possible to create a foreign trade-friendly climate in Austria.

Altogether, the paper shows a positive change in the foreign trade concept, according to the WIFO expert, namely away from pure trade in the direction of location issues and value chains: "Only ten years ago, the success of local production and the increase in export volumes and the attraction of measured by foreign direct investment. Meanwhile, there is also support for the involvement of companies in the international division of labor. "

Central support tool for exporters remains "go-international". The next phase is currently being worked on and the Chamber of Commerce hopes to be able to start in June. Friesenbichler can only confirm that the program is judged very positively by the companies, but general conditions and political support are often more important than money for success in world markets. It should not fail, according to government paper.