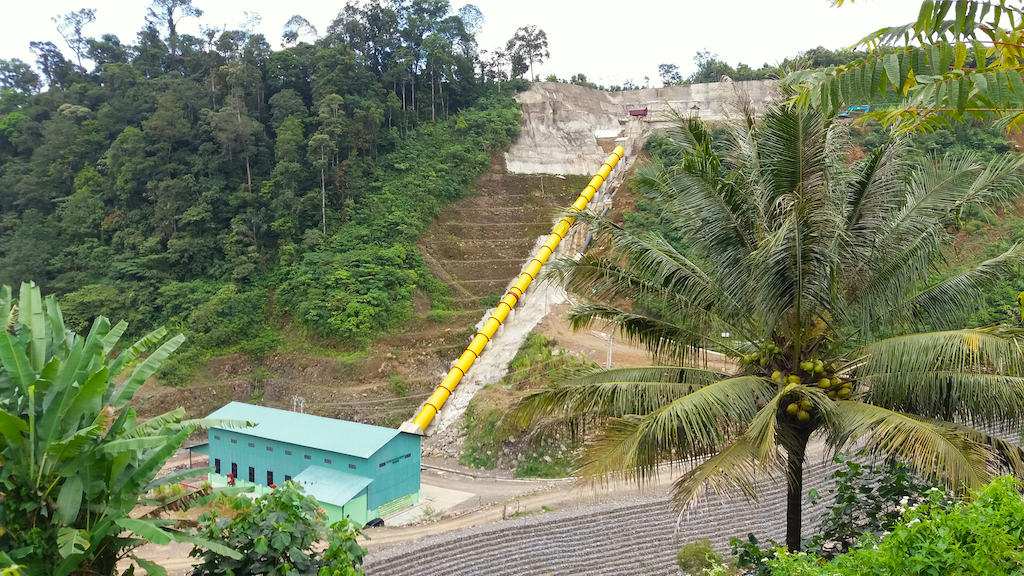 Located in Niederranna, between Passau and Linz on the Danube, Global Hydro Energy is one of the fastest-growing, medium-sized, national technology leaders, who despite their international top performance are hardly known in Austria and can therefore rightly be called hidden champions. Only the arrival of ex-Vice-Chancellor and Minister of Economics Reinhold Mitterlehner in the shareholder advisory board of the company made in spring for media presence. In relevant circles one is known, on the other hand emphasizes partner Marius Hager. He steered until recently the fortunes of the hydropower producer as CEO and today also belongs to the Advisory Board.

According to Hager, the company is at more than one hundred percent capacity. There is currently growth in this sector for all players despite the volatile market environment. The need is great - 1,2 billion people, especially in sub-Saharan Africa and India, do not yet have access to electricity - and there is sufficient potential, including in the field of small hydropower, which accounts for seven percent of renewable energy: starting from According to the world report on small hydropower development from 78, it is still possible to almost triple the capacity from an estimated 2016 gigawatts. China is leading the way and not only has just over half of the installed capacity, but also the greatest potential for expansion. Colombia and India as well as Japan and Norway are also promising markets. In those places where the energy demand is highest, in Africa and India, the potential for electricity from small hydropower is estimated at 12 gigawatts each.

"Today, developing and energy-hungry developing countries often have better conditions for investment in hydropower than in Europe," says Hager. But the cheap competition from China and India is a challenge in these markets. As a European supplier, you can only convince with quality, says Hager.

Global Hydro, the company's nickname, sells electromechanics for hydropower plants operating on Kaplan, Pelton or Francis turbines costing on average between 1 and 4 million euros. The package includes everything but construction, as Hager explains: "We supply the technology, the technology, the control, the turbine, the generator. From us comes the concept, the installation and the training. "Maintenance contracts keep you in contact with the customer.

That the company always had full order books and even growth rates between 20 and 30 percent, the long-standing managing director on "courageous decisions" and a dose of happiness back, especially when stepping into new markets: "We have at a very, very early date decided to go to Asia or Latin America without having structures in these markets. Thank God it worked everywhere. "

In fact, the first exotic destination was targeted around 15 years ago: Sri Lanka, where Global Hydro found access to tea and rubber plantation owners who needed energy for processing. Sri Lanka is precipitous, hilly, at a manageable size, English-speaking and fulfilled all legal framework conditions for the market entry: "For us countries are interesting, in which the state of its monopoly position adopted and an energy liberalization as well as usually also a separation of energy production and transport "We also need to have a political will to promote green energy and infrastructure to feed electricity from small hydropower into the grid. Finally, there must be a financing system that allows private investors to invest profitably in small hydropower. Because this lives on private investors, and they are our target group. "

The company in the southern Mühlviertel originally started out as a manufacturer of small power plants, but it did not stay that way. Today, Global Hydro also covers a mid-range power plant range of between ten and fifty megawatts. A total of around 1.000 turbines were delivered worldwide and installed a total capacity of over 1 gigawatts of electricity, Hager calculates over-estimated.

What matters most in a power plant today, however, is the ecologically and economically optimal use of resources thanks to intelligent control and regulation technology. "From a mechanical point of view, the possibilities for 98 percent have been exhausted," says Hager, "where it is today is in the software sector." Global Hydro also devotes the utmost attention to this - the company cooperates with universities and other institutions to further develop its products. It also has its own development department, the research rate is over 10 percent. After preliminary work, 2010 Heros was released, a computer-based control and regulation system that enables fully automatic and therefore powerless operation of the power plant. In the second generation, Heros was already capable of optimally working multi-turbine plants, depending on the water situation. The actual quantum leap came with the third generation: In the presence of a superordinate intelligent power network, a so-called Smart Grid, Heros3 can control the plant so that the highest power production takes place at the economically most profitable time.

All measured data collected by Heros can be called up via the internet via the common terminal devices. "The operator can follow the action on his tablet in real time," explains Hager. The manufacturer also logs in to check the status as part of the customer care and intervene on demand or in advance of a problem by remote control or initiate service work.

2016 brought the Upper Austrians with the mobile small power plant smarT another world first on the market. The revolutionary feature of the energy-efficient plug-in compact solution with an output of up to 1 megawatts is that it can be installed ready-to-use in a standard container, delivered by truck and put into operation within two days if connected to a pressure pipeline. "The otherwise necessary construction of a powerhouse is eliminated. All we need is a solid foundation on which to put the container, "says Hager. Depending on its performance and features, SmarT is available from 100.000 Euro, including financing advice and know-how for operation and service. The manufacturers in Asia and Latin America are showing great interest in the new solution, and the first power plants are already being installed for Iceland and Indonesia.

"Markets that are interesting, are by themselves signals," says Hager to the question of how the company identifies future markets. But you also go actively and very structured to search. The first step is always a market potential analysis, and then the country is traveled, whether in the context of a fact-finding trip of the Economic Chamber or at a trade fair. The top priority is then to find a competent sales partner on site.

It usually takes two to five years before a project comes up, explains Hager, the bottom line is almost always the financing. In doing so, Global Hydro can support the customer with experience and is also happy to participate in bank discussions, because, according to Hager, "the bank needs to get a feel for who the suppliers are. Ultimately, it depends on them whether the power plant works or not and whether it earns money. "For its own protection, Global Hydro uses the possibilities of the Austrian Export Fund and OeKB and works mostly with letter of credit, ie the customer is always in with his payments Template.

Not every market has delivered what it promised. In Sri Lanka, Global Hydro is the market leader today. By contrast, India's hope market, which was worked on in parallel, pulled back the power plant builder within a few years. Global Hydro even formed a joint venture on the subcontinent, given the Indian government's ambitious goal of supplying every house with electricity, Hager says. It was also in good contact with the authorities, until it turned out, however, "that they were far from being able to meet their own goals." Some 15 projects were realized by the Upper Austrians in India. Hager's conclusion: "India was a good training for us. Those who survive India are strengthened for international business. "

On the other hand, he regards the entry into Turkey in the year 2006 as "rightful": "It was the time when Turkey was booming economically, urgently needed energy and hardly had any power plant construction." It was a challenging market, but it paid off. In total, one-tenth of the turbine production of the power plant builder went to Turkey. The business also flourished in Chile, where Global Hydro 2015 has been awarded as the best supplier of hydropower plant equipment.

In the meantime, Global Hydro has established a few branches, specifically in Chile, Colombia, Canada, Norway, Turkey, Indonesia and Vietnam. "Once some plants are sold in a country, a local presence is needed to service and supply them with spare parts," says Hager. In the customer care should not be saved.

The headquarters in Niederranna is currently still a huge construction site. The production capacities are doubled and at the 21. September solemnly opened. This equips you for new target markets. Hager calls here especially Africa. In view of its gigantic energy demand and lack of pipeline networks, Africa requires its own strategy, which necessarily exists in smaller decentralized facilities, according to the expert. He assures: "Global Hydro is ready to break new ground here."

The company is currently working intensively on micro grids, which combine solar, wind and hydro power, thereby providing 24/7 security of supply away from large power grids. In this context, Hager also argues that Global Hydro's entry into energy production is not unrealistic. Because: "The typical consumer wants to connect cell phone, light, refrigerator and TV, he does not want to buy a turbine." With prepaid systems can be solved in practice. Marius Hager sees this as the next logical step in the further development of the Power Company.

The Global Hydro Energy GmbH, Global Hydro for short, was founded in 2003 as part of an asset deal by a German group in Niederranna. The power plant builder is now owned by FE Future Holding, in which Gilbert Frizberg is the main shareholder as well as two companies of Raiffeisenlandesbank Oberösterreich, as well as the long-time managing director Marius Hager (10 percent). Global Hydro, which was awarded the Austrian Export Prize in 2011, is already active with seven subsidiaries in more than 35 countries, the export quota is 95 percent. The company has 160 employees at its headquarters and 40 employees worldwide. The turnover is 50 million euros.