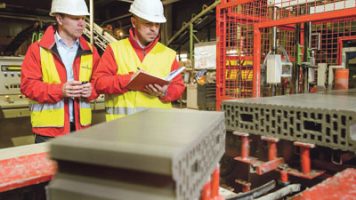 The news of the collapse of the Rana Plaza factory building in Bangladesh with more than 1.100 dead and 2.500 injured five years ago around the world has not died down to this day. The event exposed blatant malpractices among suppliers of international companies, but was also the key wake-up call for many companies to invest in testing and securing the global supply chain against human rights abuses. Recent developments include employee representation as part of their shared responsibility for the well-being of the company - as a corrective to management in the relevant purchasing, human resources or product development divisions, but also along the supply chain.

The reference framework for such activities is above all three recognized international standards, to which many international companies are already committed. The oldest and most heavily revised framework of 2011 membership in recent years is the OECD Guidelines for Multinational Enterprises. Their Unique Selling Point are the so-called National Contact Points, which mediate in the conflict between companies and external as well as internal stakeholders. The UN Global Compact also has room for initiatives with its central focus on employee rights. They may also need to enrich the progress report that member companies have to submit each year on core principles of sustainable development.

25. October 2018
Employee representation can often make sense in enforcing labor and social standards along the supply chain, as examples show.

The most recent guide to protecting workers along the supply chain is the 2011 Guiding Principles on Business and Human Rights adopted by the United Nations Human Rights Council, which have already found their way into the OECD Guidelines with their own chapter. The framework, outlined by UN Special Envoy John Ruggie under the title "Protection, Respect and Remedy", contains a mix of 31 tangible action manuals for states and companies - and provides scope for employee representation. The fact that workers' rights were directly addressed as human rights gave urgency a reason why international trade unions took up the UN Guiding Principles on the fly. Politicians did not respond equally quickly. Thus, the process of implementing the UN Guiding Principles in a National Action Plan - as well as on Corporate Social Responsibility (CSR) - is currently on hold in Austria.

Companies are obviously faster again. The UN Guiding Principles, for example, have already been explicitly mentioned in the Sustainability Report of the Austrian rubber group Semperit, and there are also numerous instruments available to prevent abuses - such as a code of conduct, a whistleblower hotline, an own supplier policy and self-evaluation. The role of employee representation is, however, essentially limited to assisting management with evidence of irregularities.

The Wienerberger brick and tile company, on the other hand, sees its sustainability performance as complying with the principles of the UN Global Compact, to which the company 2003 was one of the first to join. Wienerberger has set up a European Works Council, with which the management has already prepared a social charter on central employee rights for 2001 based on recommendations of the International Labor Organization ILO. Their compliance is monitored by a committee in which the works council is represented. In order to follow up on possible problems deeds, Group Works Council Chairman Gerhard Seban is, as he says, a lot on the road - throughout Europe. He also wants to visit the location in India in the near future.

The range of functions and tasks that employee representatives can assume in order to support management in far-reaching human rights matters is the result of current research work by the German Hans Böckler Foundation. Under the title "Enforce Human Rights in the Company", the practice of European world market leaders is analyzed and evaluated, from the German sporting goods manufacturer Adidas to the Belgian chemical giant Solvay to the Norwegian aluminum manufacturer Norsk-Hydro.

From the perspective of co-author Felix Hadwiger (see interview) The employee representatives should be involved in the topic in their own interest. Because: "If it is ensured that company standards are adhered to in other countries as well, this can increase the job security of our own workforce, since the individual plant locations sometimes compete with each other. In the sense of risk management, it can also protect the reputation of the company. "Employees and employers finally find each other with the second argument.