Home Magazine New.business With security around the world 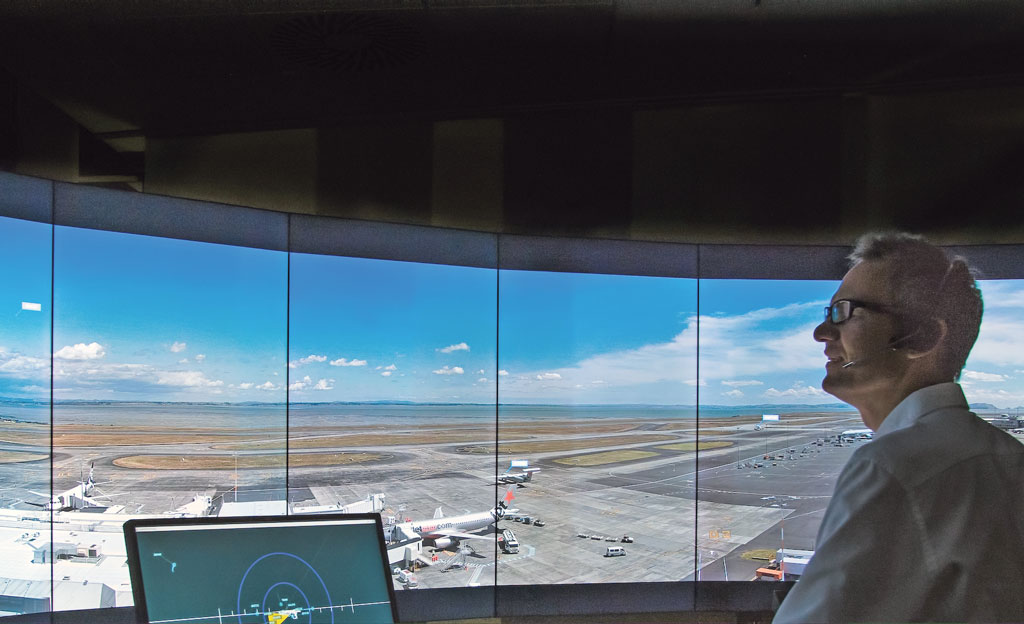 The IT company Frequentis, which was until recently as a whole and today largely family-owned, regularly appears on the lists of domestic hidden champions. These are understood to mean internationally highly successful, but hardly known in Austria itself, fast-growing medium-sized companies. At Frequentis itself, the attribution is discussed. Because it is true that the bulk of the business is done abroad - the export rate is 96 percent. To this day, Frequentis is also active in numerous business fields in Austria. For example, since its inception, the Viennese-based company has been equipping the Austrian air traffic control system Austro Control technologically at all its locations. Frequentis is currently working on behalf of the Ministry of the Interior on the establishment of ELKOS, a uniform command and control system for the police and other blue light organizations. "We develop, build and distribute highly reliable and easy-to-use communication technology for control centers in a safety-critical environment," says Johann Schweiger, the company's sales manager, describing the core offer.

The first step beyond Austria's borders took place in 1985 and led to Germany, almost ten years later the leap to America was made. The entry into Mexico, where all 58 airports in the country are now equipped with voice communication and information systems from Vienna, came about at the suggestion of the local trade delegate. “In the beginning, the support from the Chamber of Commerce and its foreign offices was essential for us, especially when it came to choosing a partner and understanding our customers,” says Schweiger. When the company gradually opened its own sales and service branches in all regions of the world from 1997, this help remained important, but the demand situation had changed. Today, apart from Central Europe, only Africa and Eastern Europe are directly looked after from the headquarters in Vienna.

Frequentis started as a "start-up" in 1947 in war-torn Vienna. The founders, the radio mechanic Emanuel Strunz and his colleague Walther Hamm, offered to promote the reconstruction of the destroyed antenna and transmission systems for radio. The engineers tackled where there was a need, their core area being high-frequency technology. So they equipped customs, gendarmerie and fire brigade with radio systems, and built a transmitter out of leftovers, which they rented to the Austrian radio. When Austria needed its own air traffic control system in 1955 after the occupying powers had withdrawn, Frequentis was given the opportunity to provide it and thus took the first step towards what is now its core business. In the early 1980s, Frequentis was already a small company with 40 employees. Advice from Johannes Bardach, assistant at the Institute for Computer Technology at the Technical University of Vienna, led to his entry into the promising company, which he took over in 1986.

With the introduction of fully digital voice communication systems in air traffic control, Frequentis paved the way to becoming the technology leader. The installation of the world's first large system of this generation in the control center of the European Organization for the Safety of Aviation Eurocontrol in Maastricht in 1993 made the new benchmark internationally visible. The fact that Frequentis soon afterwards began to build up a second mainstay in the areas of public safety and transport turned out to be strategically spot-on at the latest when, after the terrorist attack on September 11, 2001 in New York, the air traffic control orders temporarily collapsed due to general uncertainty.

The continuously growing company entered the third millennium with a portfolio consisting of civil and military air traffic control as well as equipment for control centers of blue light organizations, shipping and railways. “Right from the start, I geared Frequentis to those areas that offered the best opportunities for growth and earnings. 30 years ago it was telecommunications, "explains Johannes Bardach, looking back." Over time, the various business fields developed from this, all of which operate in manageable niches and which have a security-critical culture in common. That makes a big difference to other companies. A normal software company can usually not afford to delve into a topic and culture as much as we do with security. "

Mexico was followed by initial orders in China, where Frequentis soon became the market leader in air traffic control, as well as Indonesia. According to Bardach, the USA proved to be one of the most difficult markets, as public procurement there works fundamentally differently than in this country. The breakthrough came 2003. Major orders were followed by Australia and Brazil. India emerged as a special market, where Frequentis won individual contracts in air traffic control and shipping. However, experience showed that the sometimes low requirements and the high price pressure did not coincide with the Frequentis portfolio. "India is not yet as far as we would like it to be," says Sales Manager Schweiger.

The situation is not much different in numerous developing countries, where Frequentis - from Guatemala to Sierra Leone to Thailand - has already been able to land orders, in some cases because the Oesterreichische Kontrollbank OeKB provides the client with a cheap development aid loan, a so-called soft loan could. On this basis, Frequentis installed an emergency call center in the Philippines for the greater Manila area, in Vietnam fire brigade control centers for four cities, and in Egypt it sold a ship traffic monitoring system for the Nile.

28. August 2019
CEO Norbert Haslacher on the future plans and growth markets of the technology company Frequentis.

"The biggest difficulty in developing countries is political uncertainty," says Schweiger, explaining the challenge. "The often rapid change of decision-makers and unclear government-internal coordination processes can delay projects over years. And with a disgraced minister, even the most beautiful project can be off the table, no matter how much work it does. We have experienced all of that. "Whatever the case, Frequentis explains:" As the market leader in three areas and with the aim of further expanding our market leadership, we are well advised to participate in all our projects and At least to learn. We can not just pick the raisins. "Schweiger currently sees demand mainly from Asia and the Middle East.

Not off the rack

Orders are usually acquired through tenders, and Frequentis is proud of a hit rate of 25 to 30 percent. These can be installations worth 30 to 40 million euros, on which more than 500 workstations are attached, as well as small systems worth 10.000 euros, for example for a fire station.

Overall, the company today has projects with more than 500 customers in 140 countries. Schweiger emphasizes: "Companies with a geographic footprint, such as Frequentis, are usually ten times larger." That major players, despite attempts, was not able to challenge the medium-sized Austrian from Austria with just 2.000 employees the field, He explains with the craftsmanship that lies in the solutions: "We do not sell off-the-peg, our unique selling proposition is integrated, that is to say tailor-made solutions which are connected to the local systems. For large companies such projects are usually too fragmented and too complex. "

Frequentis no longer produces only in Vienna, but also has software written in Eastern Europe or implements services directly in the USA and Australia. The company gained additional know-how through acquisitions, with a minority stake in the Philippines. In the meantime, a dedicated competence center is taking on the task of creating a good cooperation culture among employees across all national and language borders.

The step to become a global player has long been completed. Johannes Bardach, repeatedly named Entrepreneur of the Year and honored with numerous awards, including the Golden Medal for the Republic of Austria, has made Frequentis great and has now made it to the next stage. In the spring of 2018, he handed over the leadership to Norbert Haslacher, a member of the Executive Board, who launched 2019 on the stock market in order to further expand its international presence through additional funds. Frequentis still remains a family business, to 67 percent.

The Viennese IT company Frequentis has installed control center solutions and safety critical software in more than 140 countries.

Founded in 1947, Frequentis is today the world market leader in voice communication systems for air traffic control, communication systems for aviation and mobile networks in the rail sector. The steadily increasing turnover reached almost 2018 million euros in 300, the export share is 96 percent. The technology group employs 1.840 people in five industrial sectors, almost half of them in eleven sales offices around the world, at software production sites in the Czech Republic, Slovakia, Romania and the Philippines, and in development centers in Germany, Great Britain and the USA. After the IPO in Vienna and Frankfurt in May of this year, Frequentis CEO and sole owner Johannes Bardach retains a 67 percent stake, the industrial holding B&C took over ten percent, the rest is in free float.