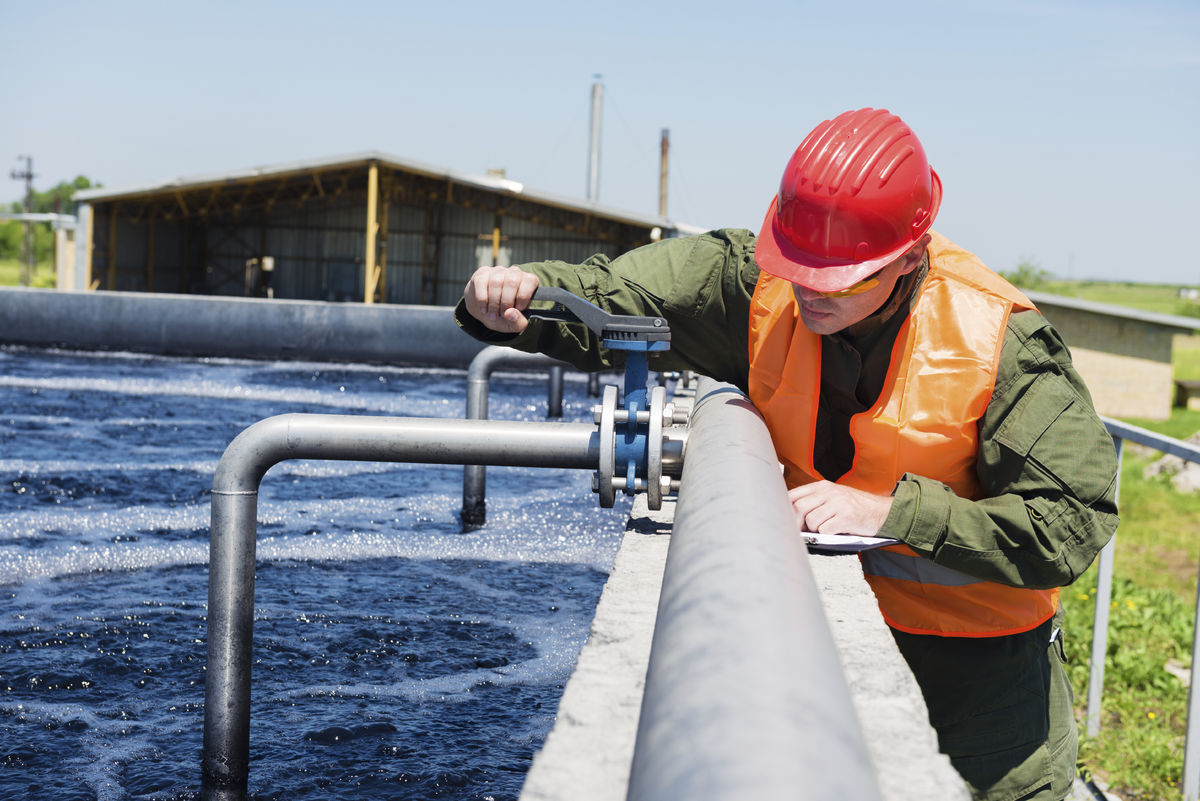 Clothing should not lose shape, color, matting or tearing and may be waterproof and stain-resistant. In the current state of the art these and many other properties of textiles are usually a matter of chemistry, ie the use of colorants and so-called auxiliary and finishing agents in the production, regardless of whether the starting material is natural or synthetic fiber. The wearer does not want to come into contact with harmful substances through his clothing.

At EU level, this is ensured by REACH, the world's strictest chemicals regulation. Once again in October 2018, the rules were re-sharpened: For 33 chemicals were, if they occur in clothing, footwear and textiles such as bedding or diapers, set new limits, which will apply from the end of 2020.

The newly regulated substances include heavy metals such as cadmium, which is found in dyes, chromium, which is also used to tan leather, or lead, which occurs in zippers, and formaldehyde, which makes textiles wrinkle free, the softening phthalates, the solvent dimethylacetamide and certain colorants. The substances are carcinogenic, mutagenic and toxic for reproduction. They can enter the body via skin contact or inhalation of abraded particles. They enter the clothing as impurities or through targeted use in order to give certain properties to the products.

From the point of view of European consumer organizations, however, the new regulation falls short because some of the thresholds are still too high and the list should regulate significantly more substances. REACH is a driving force for the European textile industry, as Roland Comploj, CEO of Getzner Textil AG, explains: "The increasingly stringent guidelines and changes in the evaluation of chemicals by the European Chemicals Agency are a challenge for the industry. We are constantly working on new solutions together with manufacturers of auxiliary materials. "Getzner produces fabrics for technical applications, shirts and workwear as well as damasks for Africa in Bludenz.

However, REACH does not easily put European manufacturers - including high-quality textiles - into distress, as they usually impose even stricter standards on themselves. The most widespread standard for textiles tested for harmful substances is the Oeko-Tex Standard 100. “This goes”, as Otto Leodolter, Managing Director of Löffler Sportbekleidung in Ried im Innkreis, explains, “in many cases well beyond national and international requirements and means that our Products only contain materials that are safe for health. ”According to Leodolter, the difficult-to-degradable poly- and perfluorinated chemicals (PFC) that make outdoor clothing water-repellent remain a challenge:“ Here we rely on our partners, for example Gore, to offer suitable alternatives as quickly as possible “The fact that world market leader Gore announced in 2017 that it would develop more environmentally friendly processes and gradually dispense with PFCs by 2023 is important for Löffler. Environmental organizations celebrated the commitment as a success of their efforts. The sporting goods manufacturer is also Oeko-Tex Step-certified, which also certifies that the company has a responsible chemical and environmental management system.

Getzner also manages the two Oeko-Tex labels, and therefore, as CEO Comploj says, "in order to make their own commitment visible to customers and end consumers." In addition, Getzner's fashion fabrics can be awarded the Oeko-Tex label "Made in Green", which allows the buyer via ID or QR code to survey the entire production chain. Comploj's products have been certified by Bluesign since 2005, the Rolls Royce of product certifications, "because of its holistic approach, which fits well with the company's environmental policy." The Bluesign system is considered the world's strictest textile standard. Because instead of only examining the end product, Bluesign prescribes to test the components and processes already used in advance. This precludes the use of problematic substances from the outset.

Bluesign requires compliance with its criteria and continual improvements in the supply chain from its international system partners. The clothing retailer Engelbert Strauss, headquartered in Linz and headquartered in Biebergemünd, Germany, joined 2013 in the Bluesign system. The company has production partners manufacturing in more than 30 countries, most of them in Bangladesh, China, Vietnam and Laos. Several suppliers are already Bluesign system partners, others are on their way. Nevertheless, the Bluesign label does not carry the Engelbert-Strauss products. For this, the proportion of certified materials should be at least 90 percent, the company will focus on the main materials until further notice. The commitment of the family business is nevertheless groundbreaking, as it helps manufacturers in emerging and developing countries to be able to produce state-of-the-art in accordance with - that is, without unnecessary use of hazardous substances.

The increasing requirements of REACH are primarily an obstacle for those non-European companies which, due to the lack of state control and supply chain responsibility of their clients, continue to be reckless with chemicals. Once finished, the products are washed until they pass the controls of the protected markets, but the chemicals remain in the wastewater, groundwater and air. Greenpeace drew attention to the abuses and the associated damage to the environment and the workforce with its brilliant detox-my-fashion campaign, with great success: 2011 Manufacturers of rank and name - which according to Greenpeace make up 80 percent of the entire clothing sector - committed themselves to list the problem substances used in manufacturing and reduce their use to zero by 15.

The high standards prompted six major fashion labels to launch ZDHC in the year 2011. The name stands for Zero Discharge of Hazardous Chemicals - no emission of hazardous chemicals. The platform is said to bring about a change in the entire textile and leather industry. The industrial sector is one of the largest ever. It spends 1.300 billion dollars a year, employs more than 300 millions of people, and employs tens of millions of tons of chemicals annually. The central locations are Asia and Latin America.

"Our goal," says Frank Michel, CEO of ZDHC, "is to reduce the chemical footprint in the textile and leather industry and replace it with more innovative, green chemistry." ZDHC has worked in partnership with its stakeholders - brand owners, retailers and retailers Chemical manufacturers - a sophisticated system developed. The central instrument is a list in the production of restricted substances (MRSL). This should become the only standard for the textile industry and gradually replace the many kinds of own lists. "To the extent that our list establishes itself as a reference list, a change is possible," Michel is convinced.

In addition, the platform has already established a positive list with the ZDHC Gateway in cooperation with certification providers worldwide, in particular Bluesign. This contains alternative substances in three security levels. The list is presented as a search engine. It already provides manufacturers with more than 24.000 proven products and is set to be continually expanded, again in cooperation with chemical manufacturers. Substances for which no safer alternative is currently known reach a research list that is to be processed through cooperation with research institutes. In addition, ZDHC has established guidelines for the manufacturing processes of certain products and the handling of wastewater. A guideline for exhaust air will also appear.

28. February 2019
Frank Michel, head of the Zero Discharged Hazardous Chemical ZDHC Initiative, is working to lead the textile and leather industry on an innovative green path.

However, the key question is how companies can manage to implement the appropriate chemical, resource, safety and environmental management systems from the ZDHC list. Here, support is needed, which is why the platform has set up advisory centers in the booming textile industry centers. For example, in Mumbai and Shanghai, from where she looks after operations in South and Southeast Asia, or in Portland, Oregon, which advises manufacturers in the USA. The Milan office specifically targets the luxury industry and covers southern Europe. The expansion is driven by the ZDHC Implementation Hub, which opened 2017 in Amsterdam. The next destination is South America, where a very dynamic fashion and sports industry is developing, as Michel says.

Overall, ZDHC wants to keep its structure as simple and cheap as possible. Chemical manufacturers can be listed in the Chem Check Report as ZDHC compliant. Michel: "Our intention is actually to make the manufacturers themselves responsible, so that they implement the programs independently and do not always have to be initiated by their customers."

There is no time limit, says the ZDHC chief, because as soon as the most common chemicals are controlled, it goes on in detail. "The fashion industry is spinning very fast and is always on the lookout for new effects and manufacturing technologies. There is always the temptation to experiment with chemicals to be at the forefront. In that sense, I see no end. "

A first Austrian company has already joined the global initiative with fiber manufacturer Lenzing. Lenzing's entry into ZDHC in the year 2017 grew out of the desire to create standards in their own industry. The head of the sustainability team, Peter Bartsch, explains the cooperation with the desire "to tackle existing problems at industry level and to achieve continuous improvements." The company, which produces at several locations worldwide in addition to its headquarters in Upper Austria, is considered a pioneer in the sustainable textile fiber production from cellulose fibers. For ZDHC CEO Frank Michel, Lenzing is therefore also a strategic partner with whom a global standard for the wood fiber industry is to be worked out.

Lenzing is one of 77 industrial companies that want to co-develop ZDHC, in addition to 27 brand manufacturers and 18 associations from the textile and leather industry have joined the platform. Frank Michel considers the sheer number of members to be manageable. For him it is crucial that the ZDHC standards are used.

REACH (Registration, Evaluation and Authorization of Chemicals) is the EU's 2007 Chemicals Regulation, which is being implemented by the European Chemicals Agency in Helsinki. REACH is intended to limit the use of harmful chemicals. Products exceeding limit values ​​may not be placed on the market, regardless of origin.

Zero Discharge of Hazardous Chemicals was founded by 2011 in Amsterdam and is today a global competence center for the elimination of hazardous substances from the textile and leather industry with its Roadmap to Zero Program. ZDHC maintains a sort of blacklist (MRSL) and a greenlist (gateway) for manufacturer substances and sets standards for wastewater and exhaust air.

Bluesign Technologies, 2000, founded in St. Gallen, Switzerland, is committed to holistic transformation by becoming a system partner for companies. Bluesign requires that all substances and raw materials used in manufacturing meet the strictest criteria.

The 1992 founded in Zurich, Switzerland, Oeko-Tex has several standards. The standard 100 guarantees the safety of a product, Made in Green its environmentally friendly manufacturing, with SteP and Detox to Zero the manufacturer is rated. 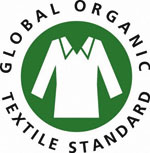 The 2008 launched by four labels Global Organic Textile Standard GOTS guarantees that a product made from at least 70 percent natural fibers of controlled biological origin and has been designed to comply with limit values ​​for additives and wastewater treatment.