International consulting with the EBRD in Kazakhstan

EASTERN KAZAKHSTAN As part of the modernization of waste management in Central Asia, the European Bank for Reconstruction and Development EBRD commissioned the technical office GWCC INTERIVAL ZT 2019 with a feasibility study for the cities of Ust-Kamenogorsk and Semey. The Viennese consultant created a catalog of measures that is both technically sensible and politically coordinated with sorting and green waste, modern landfill and collection points, which is to be implemented from 2021. The EBRD is providing soft-loan financing for the investment program of around 15 million euros per city.

COUNTRY WIDE The EBRD is already promoting investments in climate-relevant technologies in more than 25 countries through the Green Economy Financing Facility GEFF. A credit line of 30 million dollars is now intended to make it easier for households and SMEs in Kazakhstan to purchase thermal insulation, solar systems, heat pumps, efficient irrigation systems, etc. Local banks act as intermediaries. The Viennese environmental expert Allplan, who is already working for the GEFF in Morocco, will act as an independent verifier until 2023 to review the completed projects and confirm the grants to be paid out.

International consulting with the World Bank in Eastern Europe and Africa

UKRAINE Since 2014, the government in Kiev has been working with funds from World Bank & Co to improve water, sewage and waste services in ten cities across the country. In this context drew Hydro engineers environmental technology landed a major order in the western Ukrainian city of Zhytomir. Since 2018, the planning review, the construction supervision, the training of the client's staff and the project management for the modernization of the wastewater treatment there and the new construction of a drinking water treatment facility including the exchange of pipes have been in the hands of the Krems experts.

KENIA Kenya's water sector has been diversified over the past 20 years. The decentralization and the transfer of responsibility to the 47 districts, as provided for by the national water law of 2016, meant a new challenge. In implementing the reform program, the Ministry of Water was also supported by hydrophilic supported. The Viennese consultant, based in Nairobi, established a web-based interactive communication system for the entire sector with funding from the World Bank and trained staff in questions of water law.

International consulting with EU funds in Kosovo and Jordan

KOSOVO The EU supports the Balkans with funds from pre-accession aid, among other things, in the construction of district heating systems that heat cleaner and cheaper than coal stoves or radiant heaters. Built in this context URBAS energy technology from Völkermarkt currently a turnkey 17,6 MW biomass cogeneration plant including infrastructure and operating facilities for power generation and district heating supply for the city of Gjakova. The EUR 13 million system will go into operation in 2021 and then, not least with a clear gain in efficiency, replace a heavy oil-fired district heating plant.

JORDAN The EU uses the Neighborhood Instrument to support the Kingdom in implementing a new waste strategy. So happened to that Federal Environment Agency in Vienna, the task was to develop a nationwide, publicly accessible IT-based monitoring system for municipal waste together with the Jordanian ministries for the environment and municipalities after a fact check. This enables efficient reporting, reporting and monitoring of landfills. The experts also train authorities and stakeholders on how to best use the waste management system. 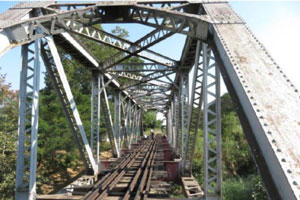 MYANMAR Myanmar ended its foreclosure policy in 2011. Since then, the Asian Development Bank (ADB) has supported the government primarily with investments in energy and road infrastructure. Now the almost 7.000 km long railway network is to be renewed and expanded. For that she has Bernard group from Tyrol on behalf of the Myanmar railway authority and with funding from the ADB, preparatory work was done: the consultants created an overview of the nationwide railway sector, checked the track maintenance equipment, identified variants for a new management information system and advised on the prioritization of investment and procurement measures.

Supported by ACTES Bernard and MC Mobility Consultants from Vienna as well UNICON from the UK, the Bernard Group also prepared a feasibility study for the modernization of the priority rail link between the port city of Yangon and the northern trading town of Pyay. The 226-kilometer route, built in 1877, is to be upgraded to such an extent that container transports are also possible and the travel time is halved to four hours.

International consulting on capacity building of the EU in enlargement countries 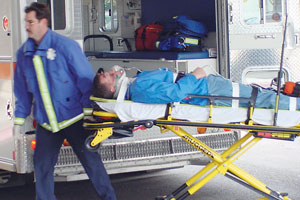 MONTENEGRO There are uniform rules in the EU that protect workers' social security rights wherever they are in the area. In order for Montenegro to join the common social security system, Europeaid is supporting the Montenegrin Ministry of Labor and Social Affairs with the pre-accession aid to build up the necessary capacities. The 380.000 euro project is managed by the KPMG subsidiary in Podgorica. The Institute for Vocational Training and Personnel Training BEST in Vienna provides advice and job market expertise from Austria.

SERBIA Public and private institutions in Serbia have so far made little use of the opportunities offered by EU-funded programs. Europeaid therefore supports the development of a functioning system of national contact points for these programs within the framework of pre-accession aid. The ZSI - Center for Social Innovation in Vienna, which has repeatedly participated in research programs in Serbia, conducted analyzes and provided advice, will pass this knowledge on to organizations as part of the self-empowerment project. The EUR 1,4 million project is managed by Irish Development International.