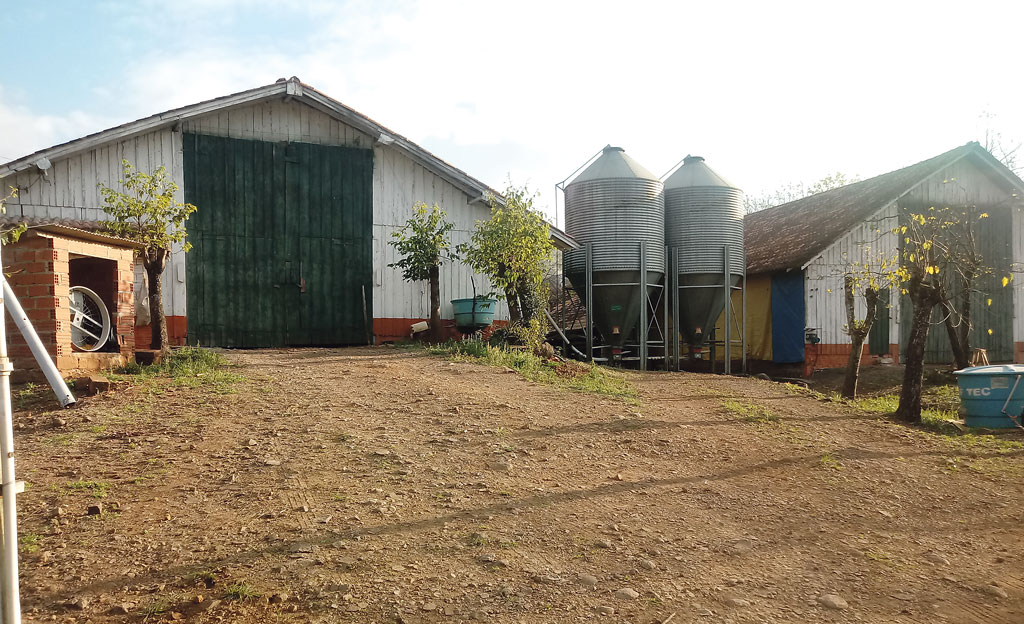 Under the well-known brand name Calgonit, the Calvatis Group sells all those products in over 80 countries that businesses need to clean surfaces and production facilities, treat air and water or keep kitchens and stables hygienically clean. Calvatis is a spin-off of the industrial cleaning division from the former Benckiser Group (today Reckitt Benckiser), which also produced the dishwashing detergent Calgonit.

Today, Calvatis serves various sectors; the supply centers in Bregenz and Wels supply farms in the agricultural and food industries. The idea to enter the Brazilian market arose here five years ago. Michael Alles, Sales Manager for Agriculture, explains: "It was clear to us that when we start in Brazil, it makes sense to start with agriculture and later to follow suit in other segments."

ADA as a partner

The medium-sized company prepared the step into the new market comprehensively. As a first step, a feasibility study on livestock husbandry in Brazil was carried out by the Austrian Development Agency ADA, the agency of the Austrian Development Cooperation. The German parent company - at that time with the milk processing business - had already gained a foothold in Central America and Belarus through similar collaborations with the German investment and development company DEG.

The study showed that livestock farming is mainly in the south of Brazil and is mostly in the hands of family businesses. They receive their young animals, feed and hygiene products, if available, as well as their work guidelines from the slaughterhouses and associations. At the beginning of 2018, Calvatis opened a sales office in the southern Brazilian state of Rio Grande do Sul. For the sale of the products, it was now crucial to show the farmers as well as the slaughterhouses and associations that hygiene does not primarily mean effort, but above all an opportunity.

The fastest way to prove this was by using the example of drinking water. This is of crucial importance for animal health, but so far the Brazilian farmers have paid little attention to its quality. At the same time, there were no means for the effective and sustainable purification of drinking water in the country. Michael Alles emphasizes: “When the animals are given clean water, they drink and eat more, the death rate is lower and they grow better. This is reflected in a higher profit. And for companies that export to Europe, there is an additional advantage that healthy animals no longer have to be given antibiotics. "

The cooperation with the ADA was continued in a business partnership, with whose support the hygiene company was able to demonstrate the advantages of its products in livestock farming and offer appropriate training courses. "We usually work with wholesalers and major customers and it is only thanks to such support that we can go to the farmer and practice hygiene measures with him," explains Sales Manager Alles. ADA program manager Gottfried Traxler justifies the partnership primarily with the fact that the project creates a network of experts and practitioners who support the farming families in making animal husbandry on their farms more hygienic, sustainable and environmentally friendly.

Hygiene as an asset

Because of the shorter fattening cycle, hygiene measures show their effect more quickly in poultry fattening than in pig fattening, and more quickly in pig fattening than in cattle fattening. In a pilot project, improved hygiene management was therefore introduced on four poultry and two pig farms, which in particular included cleaning the stalls, water pipes and the treatment of drinking water with the help of suitable cleaning agents and disinfectants. Based on this, cost-benefit analyzes were drawn up and best-practice models developed for the companies. The veterinary faculty of the State University of Rio Grande do Sul participated with great interest in the collection and analysis of the data.

After a few delays, the field tests delivered clear results: In the first phase, the mortality rate of the animals could be reduced from just under ten to under five percent, which, with a number of 25.000 chicks per house, an additional annual income of 1.000 to 1.500 euros means for the farmer. After a further cleaning step, the level was reduced by a further two percent. In Europe, the mortality of chicks per fattening period is 1,3 percent.

With these results, Michael Alles now has a valid argument for the benefits of his products. He emphasizes that the farmers also benefit from the well-designed dosing system from Calvatis. Because this enables them to use the cleaning agents sparingly and without risk to people or the environment. After the corona-related lockdown, everything sees its next task in creating training documents and, together with Brazilian associations, research institutes and universities, offering training for farmers, veterinarians, quality managers, sales partners and service technicians. And as far as local production is concerned, he is already in preliminary talks with possible partners.

According to the motto: "Simply good chemistry"

With the Calgonit brand, which has existed since 1929, counts Calvatis today one of the world's leading manufacturers of cleaning agents and disinfectants for commercial customers. Under the owner and managing director Thomas Mohr, Calvatis, with over 400 employees, provides individually adapted, sustainable hygiene products and concepts for the beverage, food and milk processing industries, agriculture, gastronomy, industrial cleaning, water treatment and equipment and systems technology. Headquarters, parent plant and research and development are located in Ladenburg, Germany. There is also production at four licensed locations outside of Europe. Joint ventures and sales offices have been established in more than 80 countries. In 2017 Calvatis was recognized as one of the most innovative SMEs in Germany.