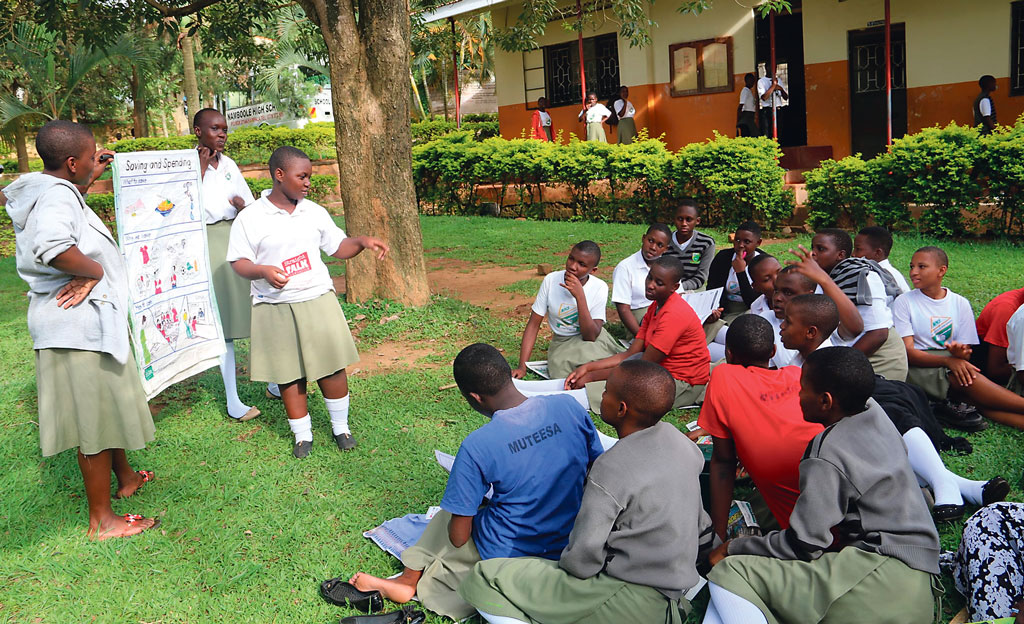 Development cooperation is constantly evolving. Also the Austrian Development Agency ADA , the agency of Austrian Development Cooperation, sees itself as a learning organization. Gunter Schall, Head of the Economics and Development Department, is open to new perspectives: “Over the past fifteen years, in cooperation with companies and strategic partners, we have built up a lot of expertise, especially in vocational training and value chains, defined quality criteria and can now work with little risk the scaling go. "

As a flagship project, he mentions the development of Danube soy or promoting the dual training in Serbia with the WKO and then comes to the crux of the matter: “But we want to continue learning and have therefore opened a window for innovative projects that are new or less clear to us, whose theory of change does not correspond to routine. These are therefore associated with a higher risk for us, but have the potential to initiate private sector development in developing countries in their own way. "

An example is the best way to explain the “test engine”, as Schall describes the new conveyor window. The applicant in this case is the non-profit organization Ashoka Austria, together with Care Austria and PricewaterhouseCoopers. The aim of the project is to build social enterprises and social innovation in East Africa. “As we understand it, social enterprises are organizations that were founded to solve a social or ecological problem,” is how Georg Schön, Managing Director of Ashoka Austria, defines the term. The business model can be different: anchored in the market, donation-dependent or hybrid, profits are reinvested. Ashoka sees itself as a social enterprise for social enterprise.

For Schall, one criterion is decisive when choosing a partner: “We have with our Business partnerships has supported companies that are active in developing countries for many years, but do not focus on the legal form of the applicant. What matters is the strategic entrepreneurial approach. And Ashoka fulfills this criterion. "

Ashoka is one of the most impactful NGOs worldwide. The network was founded forty years ago in India and quickly spread to Latin America and Africa. Ashoka has been active in the USA and Europe for 20 years. Potent sponsors enabled a quick catch-up process and accelerated development, says Schön, half of the current 40 - continuously self-financed - country offices are now in Europe. With the Visionary program, the Changemaker Map and the Impact Transfer Hub, the Austria office managed to develop effective tools to promote social entrepreneurship. Lively interest from the network gave rise to the idea of ​​bringing the tools to maturity and sharing them with others, possibly via licensing models.

As he used to work in development cooperation himself, the idea of ​​bringing the expertise to developing countries soon came up, explains the Ashoka managing director. A Ugandan social entrepreneur offered to support the transfer. Thanks to a scholarship, the person concerned had taken part in the Visionary Program in Vienna in 2016 with two compatriots - and was convinced of its benefits for East Africa. The highlight of this tool is that social entrepreneurs regularly exchange ideas with representatives from business, finance, the media and civil society for several months in order to finally bring the best ideas into practice with united forces.

In a lengthy process that was reflected in an extensive feasibility study, Ashoka Austria coordinated with the Nairobi country office for East Africa. It was clear that the local office would manage the implementation of the tools themselves. Negotiations conducted in parallel with the Austrian Development Agency resulted in the commitment of co-financing for a business partnership. "We expect," said Schall, "that strengthening highly motivated and innovative social enterprises in the partner countries will help to solve social problems using entrepreneurial methods."

The ADA's risk management also allows penetration into less known terrain, emphasizes Schall and explains that in such cases the applicant is checked particularly intensively for his suitability, a feasibility study is requested and the monitoring is also tightened. He expects DEVI GmbH, which Ashoka Austria set up as a vehicle and intermediary between the partners at the start of the project, to “take off” and continue beyond the project, even if its area of ​​activity is not tied to a specific location.

The business partnership with Ashoka started in mid-2019. Despite Corona, the project is on schedule, says Schön. In these days the Changemaker Map for Kenya will be presented, "a market development tool" that will make the actors active in the country on education, climate protection, family, health and other topics visible. At the same time, as Schön says, an “exciting cohort” of almost 30 participants was won over for the very first cycle of the Visionary Program in the region.

Experts from all over the world are involved in the meetings, Care International supports, among other things, the scaling of the projects. The Visionary Program is self-financed since it is chargeable for participants from the business world, says Schön. “The 'willingness to pay' was satisfactory for the first round and despite Covid-19. That shows the potential for the development of the social business model. ”According to Schön, the fact that the cycle is held virtually due to the corona is not only a disadvantage. Because the necessary meticulous planning creates a guideline that will ultimately facilitate the anchoring of the program on site and the transfer to other countries. The planned establishment of an Impact Transfer Hub, a kind of "settlement agency", which is supposed to help social entrepreneurs by means of a structured process to scale and disseminate their solutions across borders, is still at the beginning.

In any case, one thing is already clear: with its new intervention logic, the ADA project offers a lot of material that can be further developed. Schall is happy.

For an active civil society

Ashoka International was founded in 1981 by Bill Drayton to promote social entrepreneurship worldwide. Ashoka AUSTRIA was established in 2011 and supports “the movement” from Vienna also in the Czech Republic, Slovakia, Hungary, Poland and Romania. The ten-person team is led by Georg Schön and Raphaela Toncic-Sorinj. For the ADA business partnership, Ashoka Austria and long-term partners founded DEVI GMBH, which should prove itself as an incubator for system-changing social enterprises in developing countries.

Get to know other business partnerships:

• Can hear! about the facilities of a wide range of hearing health services in Bangladesh and the Ivory Coast through the hearing implant manufacturer MED-EL.
• Hygiene on the farm about the market preparations of the Calvatis company in Brazil
• App helps with the number one topic about a Covid-19 consultation for doctors and nurses in developing countries by MedShr
• Use instead of burning on the lobbying for flare gas instead of imported diesel in traffic in Nigeria by ETEFA
• Professionals forge on the establishment of a training center for technical professions in Kosovo by Hysni Ymeri
• Cashew Business on the establishment of local processing of organic nuts in Tanzania by environmental consultant Paul Schreilechner

The cardboard on the hot tin roof