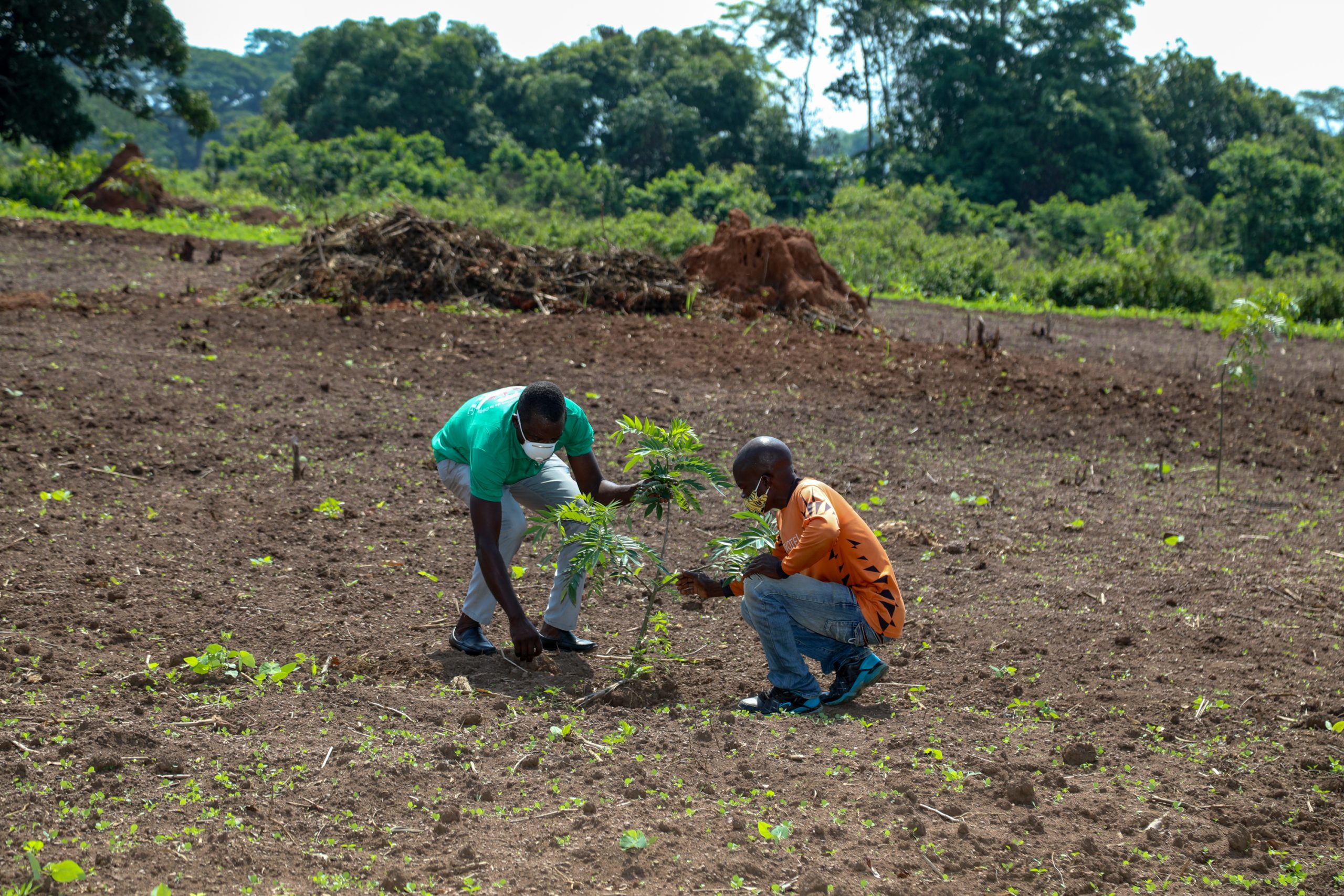 As Martin Wesian more than ten years from his diploma thesis developed a solar water disinfection device called Wadi and the social enterprise helioz founded, he built on the big Austrian NGOs for sales. They were supposed to buy the small, silvery, glittering UV measuring devices and bring them to people in developing countries. Another sales channel was CSR activities by companies and only marginally thought about CO2-Certificates according to. Today the situation has completely changed. Around 60.000 wadis are already in use worldwide, even though it was not able to arouse any interest in local NGOs. Rather, three-quarters of the Helioz projects are generated today through the sale of CO2-Certificates funded. “For about five years now, there has been an interest in CO2Certificates increased significantly. Actually, I'd have to pay Greta Thunberg a commission for that. Even my grandparents are now saying: CO2 you have to save. And that's how many companies see it, ”says Wesian.

The world is closely networked, and this applies in particular to climate-damaging carbon dioxide, which knows no boundaries on its way into the atmosphere. And that's the idea behind the market for CO2-Compensations: Companies and private individuals can have their own CO2-Emissions - e.g. from air travel - through the purchase of CO2- Minimize or even offset certificates that are used to finance climate projects in emerging and developing countries. Each certificate corresponds to one tonne of CO2that is saved by the corresponding project.

While a few companies from particularly energy-intensive sectors require CO2 most companies do so voluntarily. “More and more companies are publishing their carbon footprint. And of course it's good to take care of the remaining emissions. But there are also other triggers such as increased demand from our own employees, ”explains Denis Machnik, compensation expert at the German climate think tank Adelphi.

The beginning of the voluntary compensation market goes back around 20 years. In the meantime, a corresponding infrastructure with registers for processing certificate transactions and standards for project certification has emerged. The latter should be offered to buyers of CO2-Certificates guarantee, among other things, that the project would not have come about without the proceeds from the certificate trade, i.e. the CO2-Saving a dedicated consequence of the financing through CO2-Certificates is. The one founded by WWF and other international organizations in 2003 is considered an essential seal of approval Gold Standard. Projects that operate under this seal not only make a contribution to climate protection, but also to other goals for sustainable development (SDG).

In the past few years, the market for voluntary CO2-Compensations steadily enlarged and further developed. According to the Ecosystem Marketplace Report, which collects the latest data on the voluntary compensation market, 188 million tons of CO2-Equivalents traded, this year it was already 239 million by the end of August (see graphic). Machnik still considers this value to be an understatement. In Germany alone, one can assume around 50 million tons per year, which corresponds to around one twelfth of German greenhouse gas emissions.

According to the consulting firm Climate Focus, almost 4.000 compensation projects are currently being implemented, most of them in China and India. The range is wide, however, ranging from afforestation in Brazil to the introduction of solar cookers in Uganda to large hydropower plants in Vietnam.

The global market for voluntary compensation is picking up speed - even if it is still only a small part of the emissions is compensated.

Hofer set the ball rolling for the Helioz projects financed by certificates. After the discounter had reduced its own emissions as best as possible, the management decided to also finance a certified compensation project with a direct impact for the workers who sew textiles for the company in Bangladesh. Wesian offered Hofer exactly that: wadis for the thousands of people who work and live there. This form of sun-based water disinfection not only protects people from diseases, but also the climate, as there is no need to boil water with firewood. The CO2Emissions that the Hofer trucks emit in this country were offset by protecting Bangladesh's forests. Hofer paid for the project through CO2-Certificates that were certified by the BOKU University of Natural Resources and Life Sciences, which scientifically accompanied the process.

In addition to tailor-made certificates such as for Hofer, Helioz sells certificates from major projects to national and international intermediaries, who then resell them to their customers in specially made packages. The path of a project from the idea to its own CO2-Certificate take several years to complete and also fail. The risk is quite high, because the idea has to be implemented before the validation as a compensation project can be carried out by an independent testing institute such as TÜV. All project documents are then checked against the desired compensation standard. Only now can the project be registered at all. After registration, a compensation project is subjected to a test procedure in which the climate benefits and the development effects achieved are measured, reported and certified. If successful, the project operator receives the compensation certificates credited to his account in the compensation standard register and can sell them.

According to Wesian, certificate trading has an important control function: “It is checked annually: Does the project really save CO2 one? Will the device even be used? So we have a built-in impact measurement here. "

The prices for a Helioz certificate vary between ten and twenty euros. Because how expensive a certificate is in the end depends on the type of project, the technology used, the age of the certificate, the SDG impact as well as the demand and the amount of certificates sold. “The market is not really transparent. And we get that as feedback from companies that do not compensate because they simply do not see through and do not know how the price is formed, ”says compensation expert Machnik.

According to the American NGO Forest Trends, the global average price for one ton of CO traded is2 just four euros. That is far too little for effective climate protection - in Austria, CO costs2-Emissions from next year 30 euros per ton and according to the German Federal Environment Agency, the culminating environmental damage is one tonne of CO2 even at around 200 euros.

To date, most companies have been particularly interested in reforestation projects, the main weakness of which is the time factor. After all, it takes a tree decades to effectively generate CO2 saves. In addition, this type of project is at high risk of fraud, says Helioz boss Wesian: “Unfortunately, there are already enough projects where you have seen: They plant the trees, collect the certificates, and after two years the trees are felled again and the wood processed. That even has a negative CO2-Balance. ”In addition, according to a British study, monocultures are planted in half of the reforestation projects, which are used as CO2- Storage facilities cannot compete with natural forests.

There is also criticism of the basic idea of ​​CO2-Compensations: For many climate protectors, these are primarily a means for companies to buy themselves free from their own responsibility instead of avoiding or reducing emissions. This is what the German compensation NGO emphasizes Atmosfairthat CO2-Compensations only make sense if there is no realistic and reasonable alternative that already has less CO2 caused.

A breakthrough in favor of rules-based emissions trading came at the World Climate Conference in Glasgow in November. After years of tough struggle, it was decided to implement the controversial Article 6 of the Paris Climate Agreement. Above all, it was important to prevent double counting, a kind of loophole in the Paris Agreement, which enabled both the buyer and the seller to have one and the same certificate for their own CO2- Balance sheet to be taken into account.

The agreements made in Glasgow initially only regulate the intergovernmental CO2-Trade. For companies, it is particularly relevant that the Clean Development Mechanism (Clean Development Mechanism) of the United Nations, which was developed at the Kyoto Conference in 1997 as an instrument for the substitution of emissions from industrialized countries and also served as an important standard in the voluntary private compensation market alongside the Gold Standard, is to be replaced by a new mechanism. Sustainable Development Mechanism is being discussed as a name for it. This will become an essential standard for CO in the future for the voluntary compensation market and thus for companies2-Certificates.

However, the retail price for CO2-Certificates will become more expensive in the future. “Up to now, with the compensation, CO2 could be saved, ”says Machnik. Based on the Paris climate agreement, the emerging and developing countries will in future use the simpler and cheaper climate projects to meet their own greenhouse gas obligations. “So there is now a narrower area in which the compensation can still work. Correspondingly, companies will have to spend more money in hand for a certificate in the future - provided that the decisions of the world climate conferences are taken seriously by the market for voluntary offsets, ”says Machnik.

Martin Wesian's business model is also subject to constant change. He is currently developing his company bit by bit in the direction of a consultancy service provider: “We advise companies such as CO2 not only compensate, but also save and avoid. And we lead other companies so far that they can generate certificates themselves, ”says the Helioz founder. After all, you need a lot of know-how when registering for certificates and dealing with the various standards that he and his employees have acquired over the years. In addition, Helioz now offers additional services in the hygiene area. From student hobbyist to “full-service provider” - this career path would be the social enterprise without them Opportunities of the CO2-Certificate trade failed.