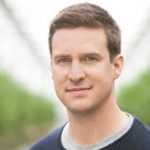 They are actually from agriculture. How did you come up with the idea of ​​starting fish farming?

Berlin: When Bernhard Zehetbauer and I took over the operations of our parents, we wrote a Vision 2040. It says that we want to be independent - regardless of fossil energy, which still plays an important role in agriculture, of artificial fertilizers and also of bulk buyers. In our opinion we have to think more in material cycles in the future and aquaponics is the epitome of such a cycle. Because the sewage of fish farming is filtered and used to fertilize the vegetables. So we get along with extremely little water.

How is it going so far?

Berlin: The development is good - and we were lucky too. We were able to enter the hall of a friendly gardener in the 22. Renting the area, the construction of the plant was funded by the EU Fisheries Fund. Meanwhile, we produce 15 tons of vegetables and 20 tons of fish. In line with our policy that we do not want to be dependent on a source of supply, we rely on several distribution pillars: off-the-shelf selling, dining and online shipping with Post's grocery box.

Which fish does Blün breed?

Berlin: Meanwhile only catfish. Originally we also had perch, which we sold in the whole. A great fish, but had too many bones for the Austrian taste. What particularly pleases us is that today we supply one of the best chefs in Austria, Silvio Nickol in the Palais Coburg. And that, although he initially thought that the catfish was not suitable for the top gastronomy. We convinced him of the opposite.

Berlin: Forage we are working to replace about ten percent of fishmeal with insects. We are cooperating with another Austrian start-up called EcoFly and waiting for the prototype. And recently we smoke the fish waste and process it into dog snacks - another step in our cycle.

28. August 2019
From nearly zero to 80 million tonnes in 60 years: Aquaculture is experiencing unprecedented global growth. The industry can be part of the solution for future global food - if it finds solutions to urgent problems.