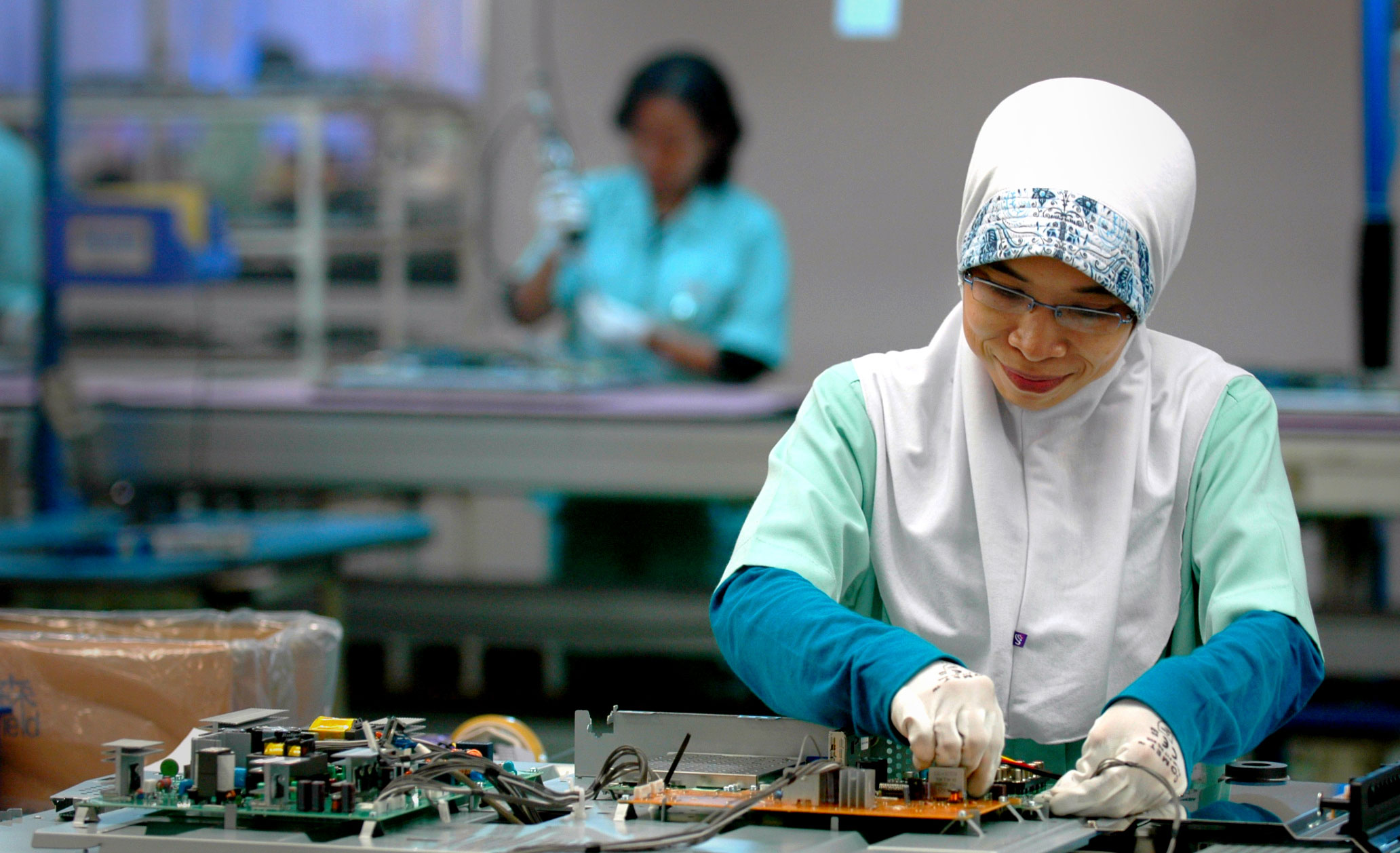 Guy Ryder will travel much more often in world history this year than usual. The Briton has been Director-General of the International Labor Organization (ILO) since 2012, a United Nations specialized agency headquartered in Geneva, which celebrates its centenary this year. As part of the numerous anniversary celebrations in all corners of the world, Ryder not only speaks of a milestone, but also an important opportunity to "reflect on the purpose and course of the ILO, which we want to commit together to the future."

The purpose of the ILO has always been to improve the working and living conditions of all people. When it was founded, it was primarily geared towards the situation in Europe, which was shattered after the First World War: The focus was on protecting and strengthening the rights of factory workers. The first principles agreed on by the 44 founding states appeared progressive at the time, but are now taken for granted, at least in our latitudes: These included, for example, the eight-hour day, a weekly rest period of at least 24 hours and the payment of reasonable wages. "An important part of the founding idea of ​​the ILO is that social justice is a prerequisite for lasting peace and that social and labor law issues not only have a domestic, but always an international dimension," said the historian Daniel Maul, who deals with the Has dealt intensively with the history of the institution (see Interview).

Since 1919, the ILO has brought together governments, employer and employee representatives from now 187 member states in order to define globally applicable labor standards at the annual International Labor Conference - the highest body of the ILO - and to develop strategies and programs that enable decent work for all should.

The human being in focus

31. October 2019
The historian Daniel Maul continues to see a great role for the International Labor Organization.

The tripartite principle is unique, as it is today, according to which all bodies of the ILO are composed of representatives of states, employers and trade unions. Austria - from 1919 to 1938 and since 1947 a member of the ILO - is represented at the International Labor Conference by representatives of the Social Ministry, the Federation of Austrian Industry and the Austrian Trade Union Confederation ÖGB and the Chamber of Labor. "With governments, unions and employers' organizations negotiating new standards at eye level, there are always conflicting and lengthy disputes that do not always provide the quick answers one desires. But this is the only way to ensure a stable balance of interests between work and capital, "emphasizes Isabelle Ourny, international secretary in the ÖGB.

To date, the International Labor Conference has adopted 190 Conventions and 206 recommendations on a wide range of work-related issues, from employment and pay policies to workplace safety, maternity protection and informal employment. The former are binding, international treaties which are ratified by the Member States and whose implementation is monitored. Recommendations, in turn, are non-binding guiding principles that should guide countries in the implementation of the Conventions.

In the past century not only the world of work has changed, but also the role of the ILO. The first major turning point after the end of the Second World War was the successively growing number of member states - above all the US and the Soviet Union, but in the course of decolonization also numerous new states of Asia and Africa. This shifted for the first time the interests within the ILO, which led to the adoption of a number of key conventions such as freedom of association and the right to collective bargaining. On the other hand, the focus was increasingly on an important second cornerstone of the ILO - the support in the implementation of labor and social standards.

Since the 1950s, the ILO has been increasingly advising governments on shaping their labor and social policy through various forms of technical development cooperation. "The ILO took on this task primarily because it was the main interest of the developing countries: international labor standards often did not reflect their situation, rather these countries wanted practical support in setting up their industries and training systems," says Maul. The first major ILO program for technical cooperation, the Andean program, started in Peru, Bolivia and Ecuador in 1952. In 2018, the ILO spent a total of $ 252,6 million on 866 projects in emerging and developing countries. For comparison: The United Nations Development Program UNDP invested almost $ 2018 billion in around 4,4 projects in 4.700.

By contrast, another essential area of ​​ILO work remained largely untouched by the course of world history: research. "Many countries are particularly interested in the comprehensive archive and the ongoing collection of social and labor statistics data from around the world. Nowhere else can you best study social policy best practices in international and historical comparison, "emphasizes Maul.

Starting with 1977, the policy statement on multinational companies and social policy increasingly focused on working conditions in global value chains. To date, the eight most important and best-known ILO labor standards include the eight conventions that 1998 has declared to be the core labor standards, ie fundamental principles and rights at work. These include the prohibition of forced labor and child labor, freedom of association and the right to collective bargaining and the prohibition of discrimination in employment and occupation.

With the 1998 Declaration, the eight core ILO core labor standards have been granted human rights status and therefore universal validity, regardless of whether or not member states have ratified the norms. "The declaration of the core labor standards was a smart move that put the ILO on the offensive and brought out of a steady loss of meaning," emphasizes Maul. A year later, Juan Somavia became ILO Director-General, as his first official act he put the work of the ILO under the concept of decent work - the "Decent Work". The Decent Work Agenda is still of great importance today, as it enabled the ILO to incorporate its ideas and, above all, the core labor standards into other international committees. For example, the OECD Guidelines for Multinational Enterprises and the UN Guiding Principles on Business and Human Rights refer to the ILO Core Labor Standards. And not only that: "The fact that decent work has become part of the Millennium Development Goals and, last but not least, the Sustainable Development Goals - that is a great success and has enormously expanded the visibility of the ILO," said Maul.

Decent work for all

Today, the ILO holds the patronage for 14 of the 169 indicators of the global goals for sustainable development. However, we are still a long way from achieving this by 2030: According to ILO statistics, around 2,8 million people die every year as a result of safety and health risks at work. Child and forced labor is still a reality in many countries: almost 152 million children go to work instead of school, 25 million people have to work against their will. In addition, there are completely new work realities in view of global value chains, the digitization of the world of work and the increasingly blurred boundary between the concepts of entrepreneur and employee.

Last but not least, to facilitate an exchange on such questions for the future, the ILO has already launched 2013 seven initiatives that will guide their work in the next century. "Issues such as the digitization of the workplace, migration, climate change, income inequality, and bargaining power within global supply chains were listed in the" Future of Work "Centennial Initiative, but unfortunately no solutions were defined. This must be continued, "Ourny criticized by the ÖGB.

Observers from trade unions have always been similarly critical about the fact that the ILO's surveillance system has only a moral finger when Member States do not comply with the requirements of ratified conventions. In the coming years, therefore, it will not only be about the thematic orientation of the ILO - currently, for example, it deals with a just transition to a climate-friendly economy - but also about fundamental structural issues.

In any case, there is no question that the ILO's mandate as an international regulatory body for labor rights will continue to be a very important one in the future. Because if history has shown something, then probably one thing: Politics matter.

The International Labor Organization looks back on an eventful history marked by the economic and social realities of its time. A few milestones:

Declaration of Philadelphia
The ILO renews its commitment to the principles of its constitution.
The premise: "Work is not a commodity."

Nobel laureate
For the 50 anniversary, the ILO is awarded the Nobel Peace Prize for its efforts.

First World Work Report
The central publication on the worldwide development of labor markets will be published for the first time.

Decent Work Agenda
The work of the ILO is put under the umbrella of decent and productive work for all.

Globalisierung
The ILO takes a stand on social and fair globalization.