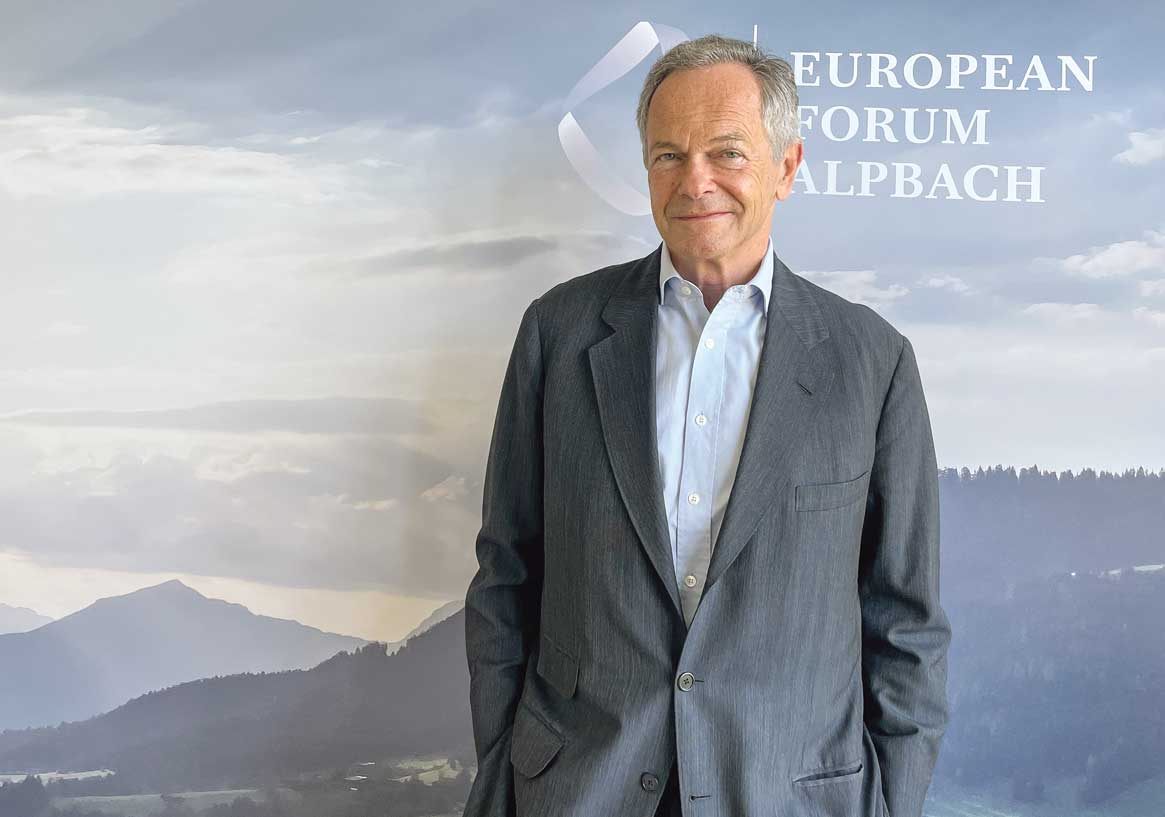 corporAID: What lessons can we learn from the pandemic?

Andreas Treichl: The biggest lesson is that in many areas we have not kept up with the globalization of the economy. What caught us hard in the crisis is that we overlooked the fact that an increasingly globalized economy and greater mobility of people should have given rise to much more work on the globalization of the health care system. One can only hope that this crisis is a wake-up call for politics and business to devote themselves to this topic much more intensively than before.

The second great lesson is that a rapid globalization of environmental policy, and especially climate protection, is urgently needed. There has been a tremendously rapid development in recent years, and I believe that it would not have come about without the Fridays for Future movement. The activism of the youth has driven politics to deal with the topic much more intensively. The challenge here is that the topic is extremely complex and there are very different perspectives on it - even among those for whom this is a real concern.

We have overlooked working on the globalization of health care.

How will climate protection develop further?

Treichl: One has the feeling that climate protection is a central priority of the EU. But we have fundamental discussions because there are very different points of view. How will the decision be made in the EU with regard to nuclear energy? In Finland, the majority of the population will say that nuclear power plants are one of the most climate-friendly sources of energy. In Austria you will surely get a different answer. How do we formulate a sensible policy in the EU? When you talk to politics and business in many Central and Eastern European countries, they say: “Yes, that's all well and good, but we're thirty years back. We have to catch up first. "

Nevertheless, decisions must be made here promptly. So if we in Europe now come to the conclusion that climate protection has absolute priority, then this will mean that labor market policy and other important economic issues will have to be subordinated. And that ultimately means that in order to reduce environmental damage, one has to accept that essential parts of the economy and social life will suffer.

Treichl: So, I'm basically very optimistic. We will make incredible progress with digitization and artificial intelligence. Of course, we also have big questions: What effects will innovations have, what consequences will there be for demographic conditions, for the distribution of wealth or jobs? Because it is not to be expected that many new jobs will be created as a result, that all the jobs that are lost can also be replaced. It's not an easy thing to solve.

Why is it that in Austria in particular the role of companies in our model of prosperity is little seen?

Treichl: It's kind of a natural reflex in politics. In countries like Austria in particular, the economy is not necessarily viewed as something positive per se. It is often equated with wealth and exploitation. Entrepreneurs have a worse image here than in Sweden or the USA, for example. But you can't put that around to any single politician. This has been a mistaken diction in politics for decades, and it is also a problem we have in our school system.

Where do you see challenges in relation to globalization for Austria?

Treichl: We must be aware that when it comes to many important issues for society and the economy, each individual state not only has to make its contribution, but also has to work actively to ensure that cooperation within the international community is strengthened and improved. Austria is a member of the European Union and thus a community of states that is large and strong enough to influence world politics. The strength and effectiveness of this influence depend very much on the importance that the individual members attach to the cohesion of this community of states. And Austria could play a proactive and positive role here, but it does not always do so.

Is that also because there are no think tanks in Austria?

Treichl: I don't think that the number of think tanks is decisive for the quality of politics. It is more a question of whether the right topics are being addressed and whether politicians are ready to deal with the results of the think tanks. And we live in a time of activism. Think tanks are typically not activists, but factual analysts. And unfortunately, especially with the essential questions of the future, we are seeing that relevant proposed solutions are taking a back seat. We see a relatively strong tendency towards electoral politics in many countries.

Alpbach should be a place of activism again.

What can Austria do for a better world? And what role should the European Forum Alpbach, which you want to shape as the new President, play in this?

Treichl: Austria is a country with many advantages and it is also a place where people can come together, precisely because we have so much to offer. And that is essentially what I want to do with Alpbach - which Alpbach always was. I believe that for the next few years we should orient ourselves more closely to the name of the forum than in the past. There is no other format of this kind that is so specifically dedicated to Europe and where youth is supposed to play a really important and leading role. In Alpbach, young people can experience and really understand the process of creation, work and functioning and non-functioning, the problems and advantages of the European Union. The EU is an unbelievable success story, but one that - I will not deny that - has now taken a break.

Alpbach should be a place where young people from all over the world come together to get politicians to get us back to this European success story. And that means that Alpbach should become a place of activism again. A place where politicians in Europe feel that this is a real concern for young people. And there are of course many other important issues in addition to the environment - the economy and the social structure of Europe as well as the opportunity to be a leader in innovations and new industries.

So should Alpbach be a truly European forum, far removed from Austrian realpolitik?

Treichl: For many people, Alpbach is something like an intellectual Kitzbühel. People who meet in Vienna, Graz and Linz anyway, meet again in Alpbach in their branches. This is something very cozy, and it is also something very valuable. But that's not what Alpbach was created for. Changing things here is not going to happen without crumbs. And we are already feeling a bit of the crumbs.

Thank you for the interview.

Andreas Treichl, 69, succeeded the former EU Commissioner Franz Fischler as President of the European Forum Alpbach at the end of 2020. With Secretary General Werner Wutscher and a five-person board team (see picture) at his side, Treichl wants to emphasize Europe's role for the world again within the framework of the congress founded in 1945 and to actively involve young participants. Under the main theme “The Great Transformation”, this year’s exclusively English-language interdisciplinary dialogue revolves around the focal points of opportunities from the climate crisis, the financing of Europe's future and security. The number of symposia has been reduced from six to four (health, business, politics and technology).