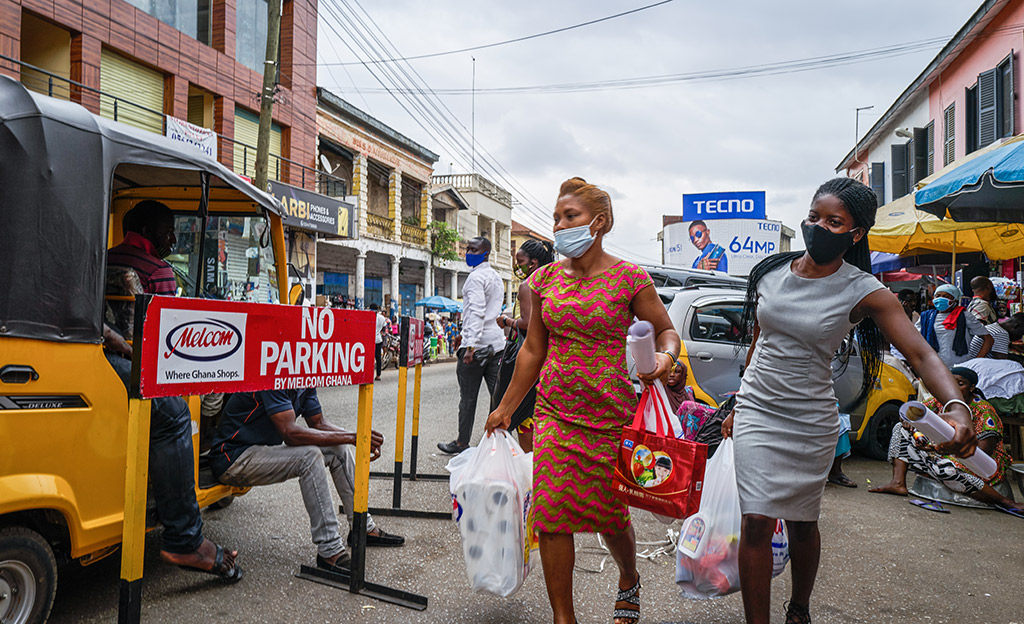 There is a lot to discover on YouTube. A creative and hard-working community is constantly filling the video platform with new content. The corona pandemic, for example, has prompted a South Korean dentist to put an information portal online about the global infection rate. Current developments around “Total Cases”, “Total Deaths” and “Total Recovered” can be followed virtually as a live stream. In addition, the virtual counter offers diagrams, world maps and country data and accompanies the constant flow of information with partly melodramatic instrumental music.

The 2030 Agenda as a catalog of progress

At the beginning of December, the number portal already reported 64 million people infected with corona and 1,5 million deceased. Almost a year after the novel virus was first reported to the World Health Organization, it remains a hot topic for governments around the world. However, what the livestream data only suggests, but does not depict, are the far-reaching effects of the health crisis.

The year 2020, it is to be feared, will set the world back a lot. At the beginning of the year, the opposite, namely accelerating progress, was planned. In January António Guterres, Secretary General of the United Nations, proclaimed a "decade of action" to get the 2030 Agenda on the way with more horsepower. This refers to the world future treaty that 2015 countries agreed on in autumn 193. At that time, leading politicians from all UN member states promised to improve the lives of billions of people within 15 years. Under the motto “leaving no one behind”, hunger and extreme poverty should be eradicated by 2030, all people should have access to education, health, energy and water, biodiversity should be preserved and climate change should be combated. A total of 17 global goals - the Sustainable Development Goals SDG - have been packed into a colorful catalog and specified in 169 sub-goals.

Covid-19 has a negative impact on most of the 17 Sustainable Development Goals SDG, which should actually be achieved by 2030. 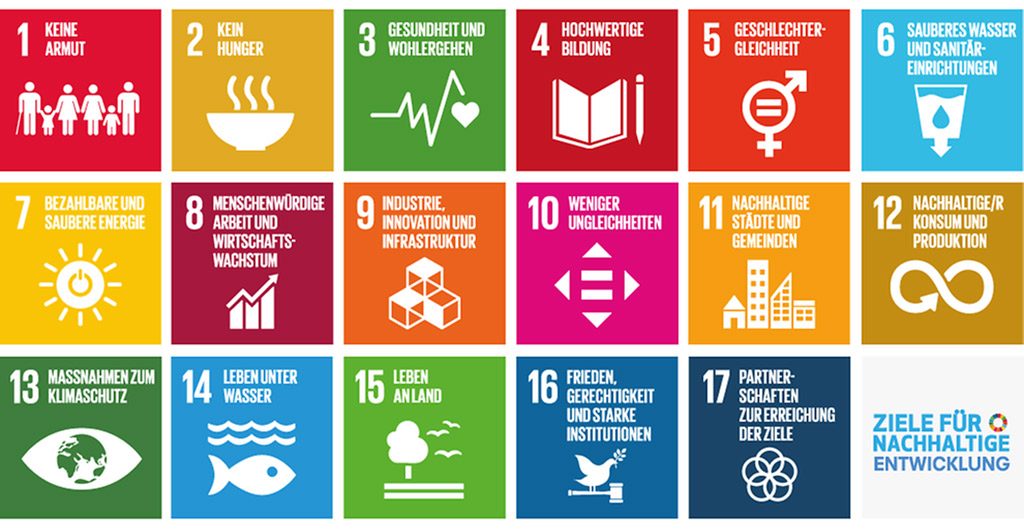 However, with the rapid spread of Covid-19, achieving the 2030 Agenda will be made significantly more difficult. The crisis is not only taking place in hospitals around the world. Whether permanently or only temporarily, the world of work, for example, is characterized by high income and job losses: For the second quarter of 2020, the International Labor Organization (ILO) determined a decrease of 17,3 percent in global working hours, which is the equivalent of almost 500 million full-time jobs lost (based on a 48-hour week). According to the ILO, the greatest effects are to be found in regions with low and middle incomes - and in countries with the weakest social systems. The crisis therefore not only affects “SDG 8 - Decent work and economic growth”, but also makes it more difficult to achieve “SDG 1 - End poverty in all its forms everywhere”.

The fight against “extreme poverty” - currently defined as a per capita income of less than 1,90 US dollars a day - was considered a success story: in 1990, more than a third of the world's population lived below the absolute subsistence level it was less than nine percent in 2019 with around 650 million people affected. The pandemic is now causing the first surge in two decades of continuous progress: Loud UN estimates More than 70 million people could fall back into extreme poverty this year, the World Bank even fears an increase of up to 115 million people.

However: Even before 2020, the 2030 Agenda was not on the road to success. In the previous year, the World Bank warned of a slowdown or even stagnation in the fight against poverty: The decline in the number of the extremely poor has mainly occurred in East and South Asia. The numbers in sub-Saharan Africa, on the other hand, rose - a trend that was likely to continue in the face of high population growth and fragile African states.

The goal of eradicating extreme poverty worldwide by 2030 would probably have been difficult to achieve even without Corona. And, like statistics expert Ola Rosling from the Swedish Gapminder Foundation In a recent presentation, great progress in the first five years of the 2030 Agenda was generally the exception - as far as this can be assessed. The assessment of the achievement of the 17 goals also encounters large data gaps. Out of 35 indicators analyzed - Rosling selected those for which sufficient current data was available - only six developed satisfactorily. These include successes in the fight against child mortality, in maternal health and in access to electricity. With 24 indicators such as “access to primary and secondary education” or “overfishing”, the world was moving too slowly, according to Rosling. And with five variables, including conservation of biodiversity or the number of city dwellers living in slums, the trend was in the wrong direction.

In any case, there is plenty to do in terms of improving the world, with poor and rich countries facing different challenges in the 2030 Agenda. While developing countries tend to struggle with the consequences of poverty such as hunger, child mortality or a lack of sanitation, richer countries are preoccupied with the consequences of prosperity such as obesity, excessive food waste and high CO2 emissions.

And again Sustainable Development Report 2020, which evaluates countries according to the current status of their SDG implementation, shows that there is room for improvement everywhere. In the ranking of the best performing countries, the podium places this year are occupied by Sweden, Denmark and Finland. For Austria, the experts calculated a solid 7th place, in the top 15 there are only European countries anyway. But do the best perform enough? "With a business-as-usual scenario, even the top runners will miss a large number of global targets, not to mention the rest of Europe and other regions of the world," said Christian Kroll, Scientific Co-Director of the SDG Index, at a recent virtual event on the 2030 Agenda in Austria.

And the SDG certificate for Austria also points out some weaknesses: Individual indicators in areas such as food security (SDG 2), production and consumption (SDG 12), climate protection (SDG 13) or partnerships (SDG 17) light up orange or even red - As is well known from the Corona traffic light system, these are not colors of joy.

Since this year we have also known: Even a comparatively rich country like Austria with a very well-developed health system can sometimes reach capacity limits. And on a global level, it is becoming apparent that Covid-19 is no longer just a problem for emergency medicine or the elderly. Indirect consequences reach even the youngest. "Even if the myth persists that children are hardly affected by the disease," says Henrietta Fore, Director of the UNICEF Children's Fund, the opposite is the case: the health risks in children are less increased by a Covid-19 infection, but probably due to the lack of prevention of other diseases. According to the UN, vaccination programs were interrupted in around 70 countries this year. Suspended measles and polio campaigns are particularly severe. And the Goalkeepers Report the Gates Foundation warned that “vaccination coverage will fall back to the level of the 2020s in 1990: we have been set back by 25 years within 25 weeks.” Regressions are also expected in maternal and newborn mortality rates or the treatment of preventable diseases - with which the achievement of “a healthy life for all people” (SDG 3) is made significantly more difficult.

In another area, children are also severely affected: in education (SDG 4). As is well known, local students have only had two months of regular classes since March. Many other countries also open and close the school gates, depending on the infection situation (see below). In poorer regions in particular, school attendance is often accompanied by a meal that is cheap or free. According to UNICEF, around 265 million children did not receive school meals in October, which is likely to worsen the nutritional situation (SDG 2) for many.

Only for goals such as protection of the oceans (SDG 14) and the climate (SDG 13) were short-term positive effects observable (see below). On the other hand, 2020 is likely to act like a huge brake on most of the goals, increasing doubts as to whether the SDGs can actually be celebrated as a success in 2030. But the crisis could also open up a different perspective: Perhaps 2020 will bring the decisive momentum to rethink the traditional and, with the help of the agenda, to find new ways to make societies more resilient.

That would also mean not abandoning poorer countries, but actively supporting them in expanding their health systems, fighting poverty and building economic processes. A practical test is imminent: richer countries have secured sufficient vaccines for their populations, but should keep their promises and provide for poorer countries.

Also in self-interest. Because only if the virus is pushed back everywhere will Covid-19 be manageable at some point. And only then will a dentist in South Korea finally be able to stop his corona livestream.

For some students, the call to home schooling may be a welcome change from everyday school life. The global education crisis is noticeably worsening this year: Despite some progress, around 2018 million children and young people still did not attend school in 260. The SDG 4 "Quality Education for All" was a long way off.

According to the children's aid organization UNICEF, around 1,6 billion children and young people temporarily did not attend their educational institutions this year. And although there are programs for distance learning via the Internet, radio or TV in many countries, around 460 million students cannot take part due to a lack of technical requirements. Children in South Asia and sub-Saharan Africa are particularly affected. School breaks are not only detrimental to language or math skills. UNICEF also warns of child labor, child marriage, early pregnancies - and an increase in school dropouts.

Travel traffic was drastically reduced, people switched to the home office, factories shut down their production: With the lockdowns imposed in the first half of 2020, the world became noticeably quieter - and "cleaner":

Global greenhouse gas emissions fell between January and June by 1.551 million tons of CO2 less than in the same period of the previous year - a decrease of 8,8 percent. The planet has experienced an “unprecedented drop in CO2 emissions,” according to a study published in Nature Communications magazine. However, the temporary phenomenon is likely to have only minor effects on the long-term CO2 concentration in the earth's atmosphere. And for SDG 13, which provides for “urgent measures to combat climate change and its effects”, lockdowns with their enormous economic and social consequences are probably not the means of choice.